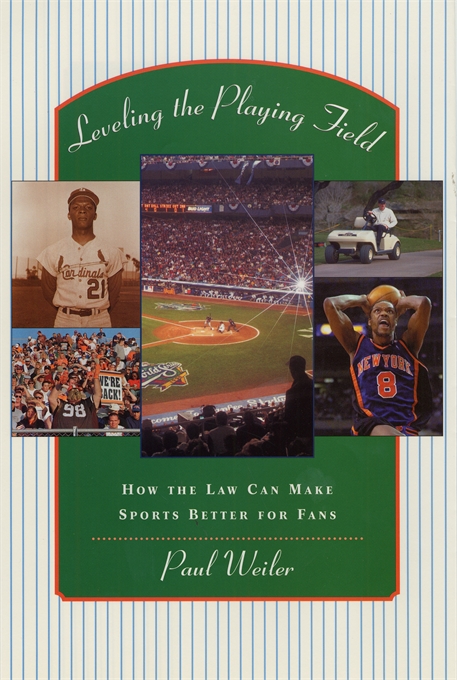 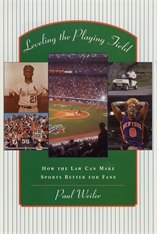 How the Law Can Make Sports Better for Fans

The world of sports seems entwined with lawsuits. This is so, Paul Weiler explains, because of two characteristics intrinsic to all competitive sports. First, sporting contests lose their drama if the competition becomes too lopsided. Second, the winning athletes and teams usually take the “lion’s share” of both fan attention and spending. So interest in second-rate teams and in second-rate leagues rapidly wanes, leaving one dominant league with monopoly power.

The ideal of evenly balanced sporting contests is continually challenged by economic, social, and technological forces. Consequently, Weiler argues, the law is essential to level the playing field for players, owners, and ultimately fans and taxpayers. For example, he shows why players’ use of performance-enhancing drugs, even legal ones, should be treated as a more serious offense than, say, use of cocaine. He also explains why proposals to break up dominant leagues and create new ones will not work, and thus why both union representation of players and legal protection for fans—and taxpayers—are necessary.

Using well-known incidents—and supplying little-known facts—Weiler analyzes a wide array of moral and economic issues that arise in all competitive sports. He tells us, for example, how Commissioner Bud Selig should respond to Pete Rose’s quest for admission to the Hall of Fame; what kind of settlement will allow baseball players and owners to avoid a replay of their past labor battles; and how our political leaders should address the recent wave of taxpayer-built stadiums.