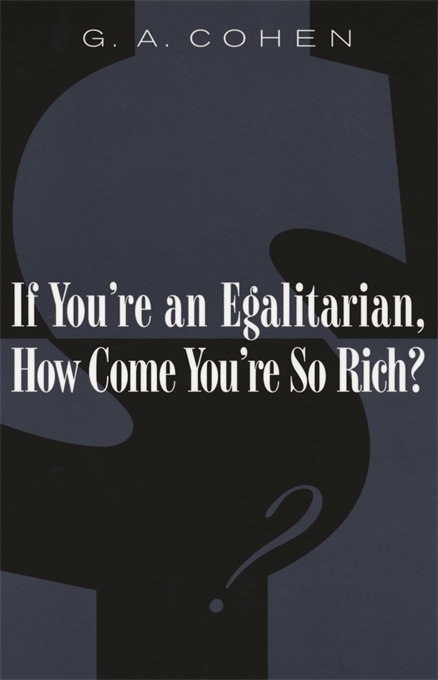 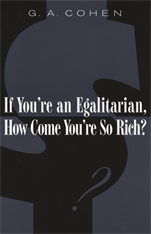 If You're an Egalitarian, How Come You’re So Rich?

This book presents G. A. Cohen’s Gifford Lectures, delivered at the University of Edinburgh in 1996. Focusing on Marxism and Rawlsian liberalism, Cohen draws a connection between these thought systems and the choices that shape a person’s life. In the case of Marxism, the relevant life is his own: a communist upbringing in the 1940s in Montreal, which induced a belief in a strongly socialist egalitarian doctrine. The narrative of Cohen’s reckoning with that inheritance develops through a series of sophisticated engagements with the central questions of social and political philosophy.

In the case of Rawlsian doctrine, Cohen looks to people’s lives in general. He argues that egalitarian justice is not only, as Rawlsian liberalism teaches, a matter of rules that define the structure of society, but also a matter of personal attitude and choice. Personal attitude and choice are, moreover, the stuff of which social structure itself is made. Those truths have not informed political philosophy as much as they should, and Cohen’s focus on them brings political philosophy closer to moral philosophy, and to the Judeo-Christian ethical tradition, than it has recently been.