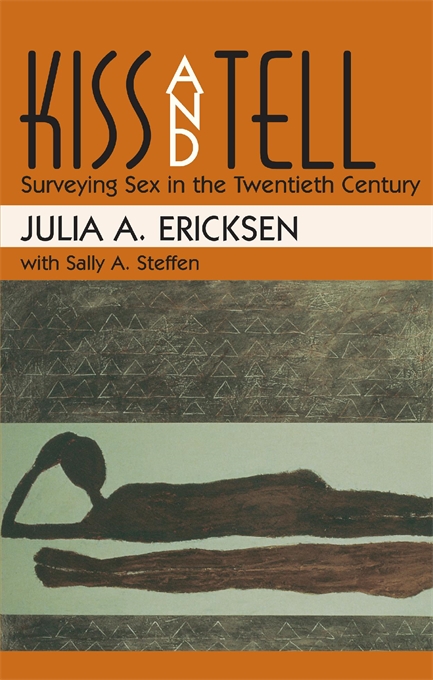 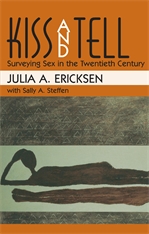 Surveying Sex in the Twentieth Century

With Sally A. Steffen

Learning the details of others’ sex lives is the most enticing of guilty pleasures. We measure our own practices against the “normalcy” that sex surveys seek to capture. Special interest groups use or attack survey findings (such as the claim that 10% of Americans are gay) for their own ends. Indeed, we all have some stake in these surveys, be it self-justification, recrimination, or curiosity—and this testifies to their significance in our culture.

Kiss and Tell chronicles the history of sex surveys in the United States over a century of changing social and sexual mores. Julia Ericksen and Sally Steffen reveal that the survey questions asked, more than the answers elicited, expose and shape the popular image of appropriate sexuality. We can learn as much about the history and practice of sexuality by looking at surveyors’ changing concerns as we can by reading the results of their surveys. The authors show how surveys have reflected societal anxieties about adolescent development, teen sex and promiscuity, and AIDS, and have been employed in efforts to preserve marriage and to control women’s sexuality.

Kiss and Tell is an important examination of the role of social science in shaping American sexual patterns. Revealing how surveys of sexual behavior help create the issues they purport merely to describe, it reminds us how malleable and imperfect our knowledge of sexual behavior is.