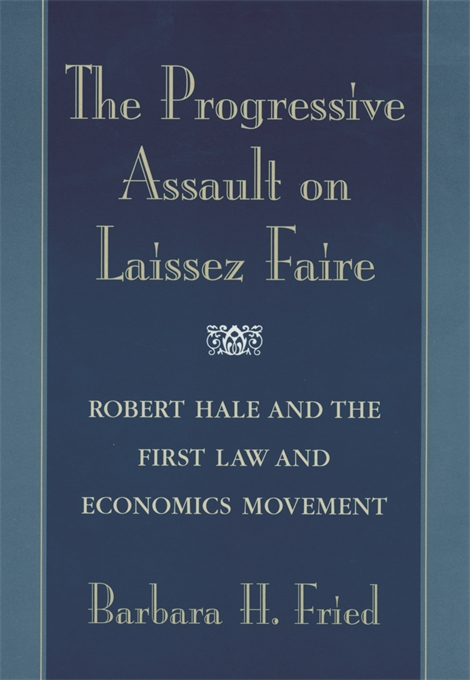 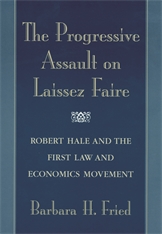 The Progressive Assault on Laissez Faire

Robert Hale and the First Law and Economics Movement

“Early in this century, orthodox statesmen and judges believed that government policies such as progressive taxation and regulation of labor contracts were coercive interferences with natural, and thus also Constitutional, rights of property and liberty. A small band of progressive lawyers and economists arose to challenge that orthodoxy. One of its leaders was Robert Lee Hale, who developed an especially piercing and sophisticated critique of libertarian ideas. In this path-breaking book--rigorous, clear-eyed, marvelously revealing--Barbara Fried unearths for a modern readership the legal-economic thought not only of Hale but of an entire generation of his progressive contemporaries, along with its roots in classical and institutional political economy. She dusts off and makes freshly available a critique of laissez-faire that is in many ways still as powerful--and, lamentably, as necessary--today as it was sixty to seventy years ago. Here are meticulous scholarship, complete mastery of both the underlying structure and the details of legal-economic thought, and above all a gift for explaining complicated ideas and bringing obscure historical figures into brilliant present focus. The Progressive Assault on Laissez-Faire is both an intellectual treasure and a real public service.”—Robert W. Gordon, Yale Law School

“By far the best work on the legal realist movement’s attack on ’laissez-faire,’ and one of the best demolitions, in law or political theory, of that contested concept. Not only an important contribution to the history of legal thought, this book stands on its own as a critique of the basic distinction between ’government’ and ’market.’”—Cass R. Sunstein, Law School, University of Chicago