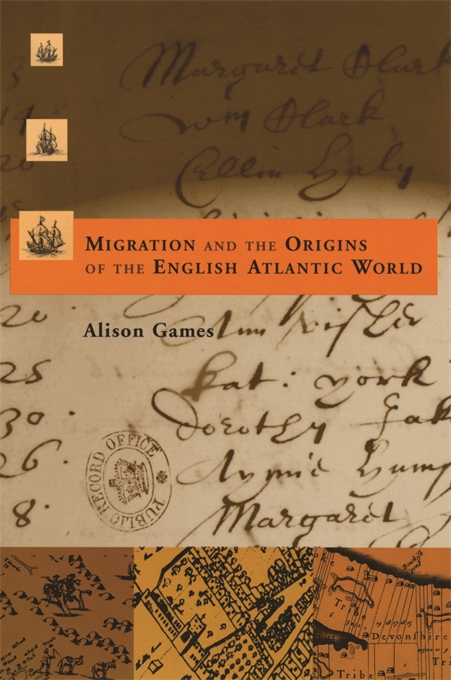 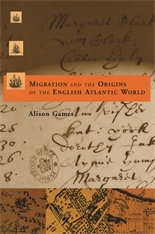 Migration and the Origins of the English Atlantic World

England’s seventeenth-century colonial empire in North America and the Caribbean was created by migration. The quickening pace of this essential migration is captured in the London port register of 1635, the largest extant port register for any single year in the colonial period and unique in its record of migration to America and to the European continent. Alison Games analyzes the 7,500 people who traveled from London in that year, recreating individual careers, exploring colonial societies at a time of emerging viability, and delineating a world sustained and defined by migration.

The colonial travelers were bound for the major regions of English settlement—New England, the Chesapeake, the West Indies, and Bermuda—and included ministers, governors, soldiers, planters, merchants, and members of some major colonial dynasties—Winthrops, Saltonstalls, and Eliots. Many of these passengers were indentured servants. Games shows that however much they tried, the travelers from London were unable to recreate England in their overseas outposts. They dwelled in chaotic, precarious, and hybrid societies where New World exigencies overpowered the force of custom. Patterns of repeat and return migration cemented these inchoate colonial outposts into a larger Atlantic community. Together, the migrants’ stories offer a new social history of the seventeenth century. For the origins and integration of the English Atlantic world, Games illustrates the primary importance of the first half of the seventeenth century.