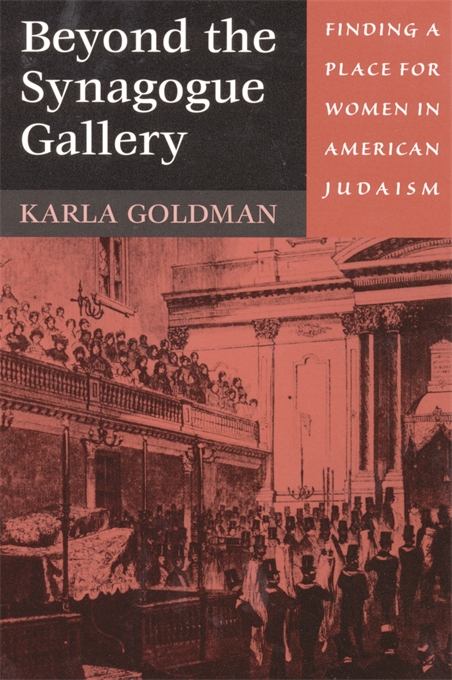 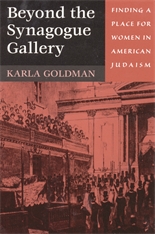 Beyond the Synagogue Gallery

Finding a Place for Women in American Judaism

Beyond the Synagogue Gallery recounts the emergence of new roles for American Jewish women in public worship and synagogue life. Karla Goldman’s study of changing patterns of female religiosity is a story of acculturation, of adjustments made to fit Jewish worship into American society.

Goldman focuses on the nineteenth century. This was an era in which immigrant communities strove for middle-class respectability for themselves and their religion, even while fearing a loss of traditions and identity. For acculturating Jews some practices, like the ritual bath, quickly disappeared. Women’s traditional segregation from the service in screened women’s galleries was gradually replaced by family pews and mixed choirs. By the end of the century, with the rising tide of Jewish immigration from Russia and Eastern Europe, the spread of women’s social and religious activism within a network of organizations brought collective strength to the nation’s established Jewish community. Throughout these changing times, though, Goldman notes persistent ambiguous feelings about the appropriate place of women in Judaism, even among reformers.

This account of the evolving religious identities of American Jewish women expands our understanding of women’s religious roles and of the Americanization of Judaism in the nineteenth century; it makes an essential contribution to the history of religion in America.