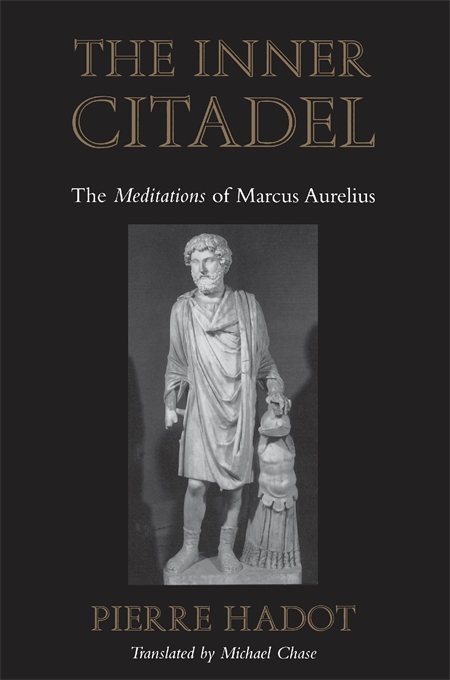 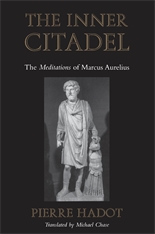 The Meditations of Marcus Aurelius

The Meditations of Marcus Aurelius are treasured today—as they have been over the centuries—as an inexhaustible source of wisdom. And as one of the three most important expressions of Stoicism, this is an essential text for everyone interested in ancient religion and philosophy. Yet the clarity and ease of the work’s style are deceptive. Pierre Hadot, eminent historian of ancient thought, uncovers new levels of meaning and expands our understanding of its underlying philosophy.

Written by the Roman emperor for his own private guidance and self-admonition, the Meditations set forth principles for living a good and just life. Hadot probes Marcus Aurelius’s guidelines and convictions and discerns the hitherto unperceived conceptual system that grounds them. Abundantly quoting the Meditations to illustrate his analysis, the author allows Marcus Aurelius to speak directly to the reader. And Hadot unfolds for us the philosophical context of the Meditations, commenting on the philosophers Marcus Aurelius read and giving special attention to the teachings of Epictetus, whose disciple he was.

The soul, the guiding principle within us, is in Marcus Aurelius’s Stoic philosophy an inviolable stronghold of freedom, the “inner citadel.” This spirited and engaging study of his thought offers a fresh picture of the fascinating philosopher-emperor, a fuller understanding of the tradition and doctrines of Stoicism, and rich insight on the culture of the Roman empire in the second century. Pierre Hadot has been working on Marcus Aurelius for more than twenty years; in this book he distills his analysis and conclusions with extraordinary lucidity for the general reader.