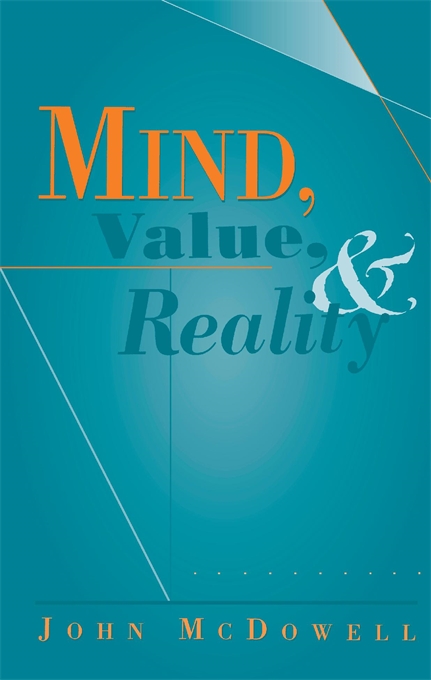 This volume collects some of John McDowell’s influential papers, written at various times over the last two decades. One group of essays deals mainly with issues in the interpretation of the ethical writings of Aristotle and Plato. A second group of papers contains more direct treatments of questions in moral philosophy that arise naturally out of reflection on the Greek tradition. Some of the essays in the second group exploit Wittgensteinian ideas about reason in action, and they open into the third group of papers, which contains readings of central elements in Wittgenstein’s difficult later work. A fourth group deals with issues in the philosophy of mind and with questions about personal identity and the special character of first-personal thought and speech.