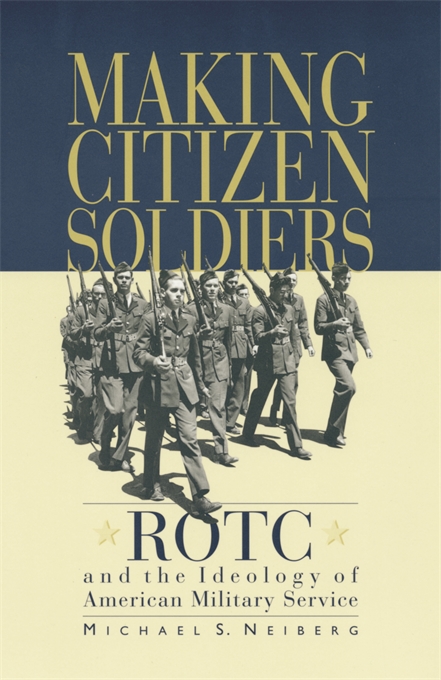 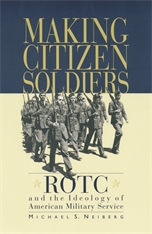 ROTC and the Ideology of American Military Service

“Who is in charge of our military? Where did they come from? While these questions may not press daily on the minds of most Americans, Making Citizen-Soldiers does not merely ask and answer them—it convinces us that these questions are critical to American democracy. In a focused, well-researched history of the Reserve Officer’s Training Corps (ROTC), Michael Neiberg discusses the development of this program from 1950 to 1980. More importantly, he sets forth a convincing argument that ROTC, which populates the officer ranks of the military with graduates of civilian colleges, brings to fruition some of the most cherished ideas Americans have about how their military ought to be… So bravo to Neiberg for his success. I do hope a sequel is forthcoming, for he ended his study too soon. As it stands, Making Citizen-Soldiers is not only a well-written history of an important program, it is also a revealing exposition of bedrock American ideals. Like all good historical works, Making Citizen-Soldiers is insightful and important.”—David Maier, Boston Book Review

“In this detailed study, Michael S. Neiberg follows the shifts in the ROTC curriculum and the relationship of the academic leaders and military staffs on campuses… Neiberg’s book is thorough…this is the source for information about the growth and development of ROTC.”—John G. Westover, Journal of Illinois History

“Neiberg’s extensive archival research reveals the many conflicts among and within universities over the intellectual validity of ROTC… Neiberg does a commendable job of providing an institutional and social history of ROTC from 1950 through 1980.”—Michael P. Noonan, Orbis: A Journal of World Affairs

“In this first-rate scholarly history of ROTC, Michael S. Neiberg makes a major and original contribution to understanding the place of the military in American society. By combing the archives of the armed services and colleges and universities, the author demonstrates that long before the uproar ignited by the Vietnam War, the collaboration between higher education and the military had been an uneasy one. And many of the educational issues dividing the schools and troubling the armed services still endure today. ROTC has survived these conflicts because both sides recognized the benefits of educating military officers in civilian institutions, and because both could compromise, enabling ROTC to adapt and improve. This is a valuable book on a significant subject, sure to appeal to a variety of influential audiences. It should be required reading for everyone interested in preparing the military leadership for the next century.”—Richard H. Kohn, University of North Carolina at Chapel Hill

“The citizen soldier, whether draftee, volunteer, or professional, has been a defining characteristic of American history for over two centuries. It is the citizen officer, however, who has been the focal point of American military effectiveness. In this distinguished first book, Michael Neiberg demonstrates that university Reserve Officer Training Corps did not merely provide junior leaders for the armed forces. They validated as well a fundamental postulate of the country’s identity: anyone with sufficient intelligence, good will, and preliminary education can learn how to do a task competently. Neiberg’s research makes a correspondingly important contribution to the social and cultural, as well as the military, history of the U.S., and establishes him as one of the most promising scholars in a rapidly developing field.”—Dennis Showalter, Colorado College