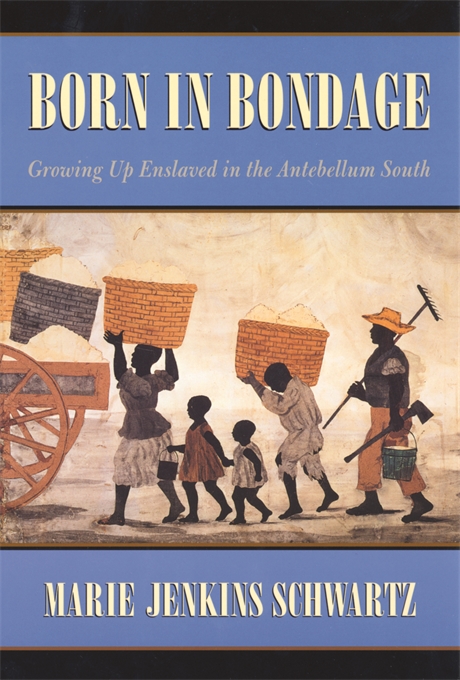 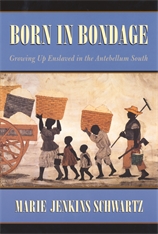 Growing Up Enslaved in the Antebellum South

Each time a child was born in bondage, the system of slavery began anew. Although raised by their parents or by surrogates in the slave community, children were ultimately subject to the rule of their owners. Following the life cycle of a child from birth through youth to young adulthood, Marie Jenkins Schwartz explores the daunting world of slave children, a world governed by the dual authority of parent and owner, each with conflicting agendas.

Despite the constant threats of separation and the necessity of submission to the slaveowner, slave families managed to pass on essential lessons about enduring bondage with human dignity. Schwartz counters the commonly held vision of the paternalistic slaveholder who determines the life and welfare of his passive chattel, showing instead how slaves struggled to give their children a sense of self and belonging that denied the owner complete control.

Born in Bondage gives us an unsurpassed look at what it meant to grow up as a slave in the antebellum South. Schwartz recreates the experiences of these bound but resilient young people as they learned to negotiate between acts of submission and selfhood, between the worlds of commodity and community.