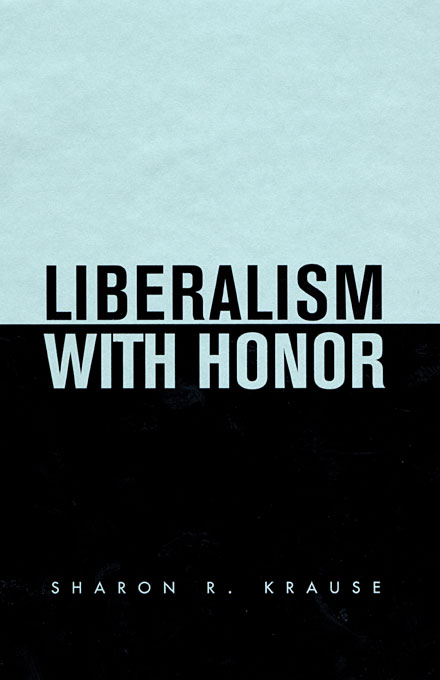 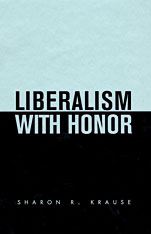 “Sharon Krause has written one of those rare works of academic political theory that demand a wide audience. Raising the question of the status of honor in liberal democratic societies, it treats its subject with intelligence, seriousness, and a graceful style that can only be the envy of her fellow academics.”—Steve Lenzer, The Weekly Standard

“This book makes a highly original and richly constructive contribution to contemporary democratic theory as well as to the interpretation and application of the thought of Montesquieu, Tocqueville, and the American tradition of political thought and culture, rooted in the Founding Fathers. The argument of the book establishes, for perhaps the first time in current literature, how capacious and fertile may be the moral resource for democratic theory that is to be found in a reconsidered and appropriately re-elaborated concept of honor.”—Thomas L. Pangle, coauthor of Justice among Nations: On the Moral Basis of Power and Peace

“A very welcome reappraisal of the importance of honor to democratic theory and practice. Krause’s study mines the wisdom of Montesquieu to carry us beyond contemporary debates between liberalism and communitarianism, public reason and virtue ethics.”—Susan Meld Shell, author of The Embodiment of Reason: Kant on Spirit, Generation, and Community