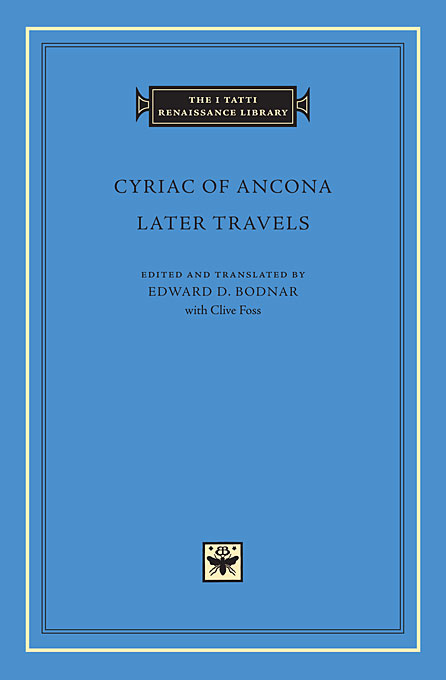 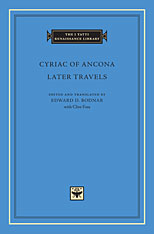 The I Tatti Renaissance Library 10

Early Renaissance humanists discovered the culture of ancient Greece and Rome mostly through the study of classical manuscripts. Cyriac of Ancona (Ciriaco de’Pizzecolli, 1391–1452), a merchant and diplomat as well as a scholar, was among the first to study the physical remains of the ancient world in person and for that reason is sometimes regarded as the father of classical archaeology. His travel diaries and letters are filled with descriptions of classical sites, drawings of buildings and statues, and copies of hundreds of Latin and Greek inscriptions. Cyriac came to see it as his calling to record the current state of the remains of antiquity and to lobby with local authorities for their preservation, recognizing that archaeological evidence was an irreplaceable complement to the written record.

This volume presents letters and diaries from 1443 to 1449, the period of his final voyages, which took him from Italy to the eastern shore of the Adriatic, the Greek mainland, the Aegean islands, Anatolia and Thrace, Mount Athos, Constantinople, the Cyclades, and Crete. Cyriac’s accounts of his travels, with their commentary reflecting his wide-ranging antiquarian, political, religious, and commercial interests, provide a fascinating record of the encounter of the Renaissance world with the legacy of classical antiquity.

The Latin texts assembled for this edition have been newly edited and most of them appear here for the first time in English. The edition is enhanced with reproductions of Cyriac’s sketches and a map of his travels.