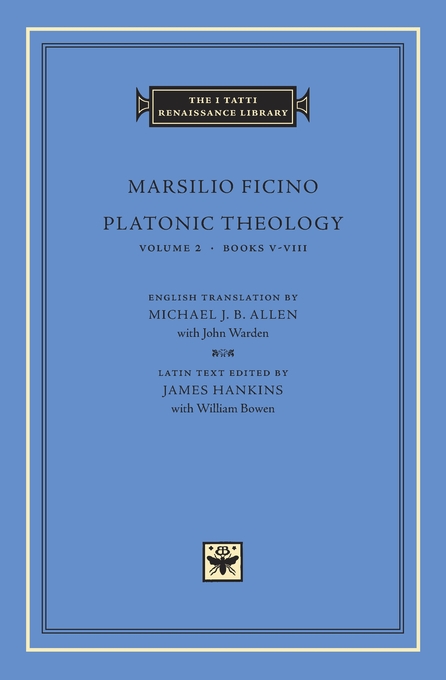 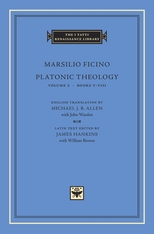 The I Tatti Renaissance Library 4

“The main work, the editing and translation of Ficino’s text, has been done superbly well. Allen and Hankins have begun a work of scholarship of the highest caliber, whose continuation is eagerly awaited. And since it is such a rare thing, let me add that the book is set in a very beautiful font, which also makes it an aesthetic pleasure to read.”—Luc Deitz, British Journal for the History of Philosophy

“The second volume of Marsilio Ficino’s Platonic Theology has now been added to the prestigious [I Tatti] collection… The text produced in this new edition reflects with greater faithfulness and completeness, compared to previous attempts, Ficino’s spirit and style… For these reasons the edition of the Platonic Theology published by Harvard University Press promises to give us an excellent contribution to the progress of Ficino studies and studies on Renaissance and modern Neoplatonism.”—Lettere Italiane