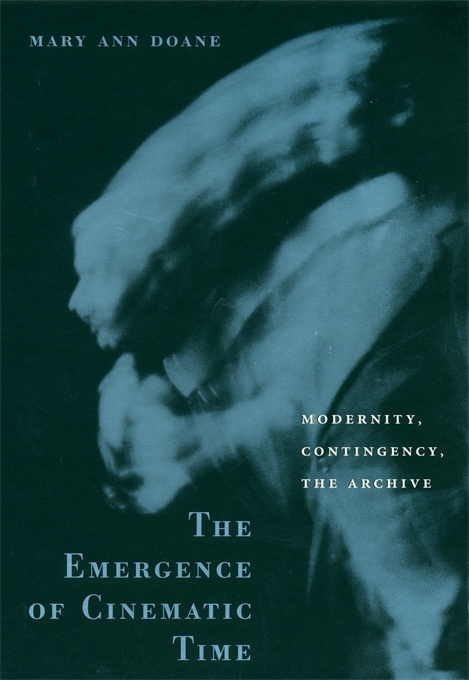 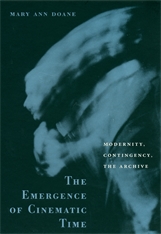 The Emergence of Cinematic Time

“Mary Ann Doane has written an ambitious and highly original work, relating film studies and the understanding of the basic apparatus of cinema to a broad cultural description of temporality in the late modern (late 19th and early 20th centuries) period. This is a new and exciting contribution to intellectual discourse about modernity, time and, especially, cinema. Its original cross-disciplinary argument should attract readers from many fields and at many levels. Theory here takes on history and yields a strong new approach to questions about the role cinema plays in culture.”—Tom Gunning, Professor of Art History and Film Studies, University of Chicago

“The Emergence of Cinematic Time is without question a significant and original contribution to the field of Film Studies. Its primary objective is to advance a scholarly argument about the ‘representability’ of cinematic time in the late 19th and early 20th centuries. More than this, it aims to clarify the status of photography and film in discourses and disciplines concerned with temporality and contingency. And it does so precisely by focusing on fields whose relation to the cinema is not immediately self-evident, such as thermodynamics, physiology, statistics, psychoanalysis, and philosophy. Mary Ann Doane is without question one of Film Studies’ finest scholars and The Emergence of Cinematic Time does justice to her reputation and to the highest standards of the field.”—Patrice Petro, Professor of Film Studies, University of Wisconsin–Milwaukee