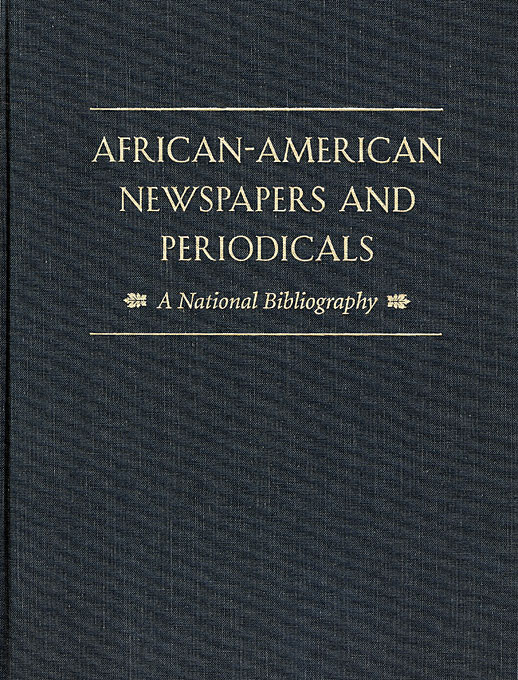 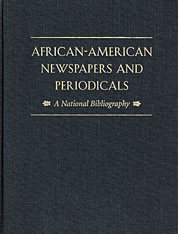 “The first comprehensive guide to all known newspapers and magazines by and about African-Americans. With the oldest recorded publications dating back to 1827, the two-volume bibliography accounts for close to 6,500 titles in the United States, Canada, and the Caribbean. For each description, the book informs the researchers where certain copies of the publication can be found, either on microfilm or a hard copy. National Endowment for the Humanities President William Ferris called the work a ‘historic landmark.’”—Elizabeth Hurt, Wisconsin State Journal

“A remarkable achievement in bibliographic scholarship… The result of a 10-year project of the State Historical Society of Wisconsin, African-American Newspapers and Periodicals fills a need long felt by archivists, librarians, and scholars for a national comprehensive bibliography and union list of African-American newspapers and periodicals.”—Catherine Crohan, MultiCultural Review

“The location of 6562 titles is in itself amazing. Many are short-lived, meeting the fate of most publishing ventures, and never established themselves as economically or culturally viable. For many years most libraries did not intentionally collect Negro publications. Yet here they are… I call it an invaluable resource.”—Albert Henderson, Publishing Research Quarterly

“Impressive and authoritative, this annotated bibliography describes more than 6,000 African American newspapers and periodicals… A moving introduction by Danky describes the project, and how the collecting habits of libraries have not always worked toward the identification, collection, and preservation of African American publications. The resulting work is a remarkable labor of love and an invaluable contribution to American history, African American studies, and reference resources.”—S. A. Vega Garcia, Choice

“Drawing from the work of Wisconsin’s African-American Newspapers and Periodicals Bibliography Project (1989–1998), Danky has compiled information about periodicals published between 1827 and 1998. Arranged alphabetically by running title, entries list the frequency of publication, current editor and editorial address, subscription rates, publisher, previous editors, variations in title and place or frequency of publication, indexing… There is also a thoughtful introduction by Henry Louis Gates, Jr.”—Elizabeth Connor, Library Journal