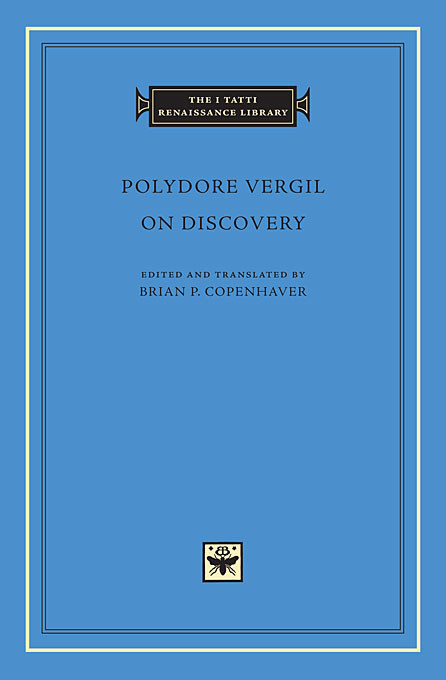 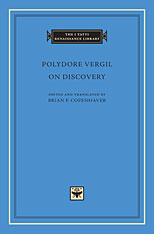 The I Tatti Renaissance Library 6

“[Polydore Vergil] brought a keen sense of ambiguity to his breakthrough book—a vast study of inventions that went through thirty editions in Latin in his lifetime. As Brian Copenhaver shows in the introduction to his superb edition of Vergil’s complex, learned book, On Discovery, some ancient authorities denounced human inventions as a source of corruption; others saw them as a continual source of improvement in the human condition… On Discovery, as Copenhaver shows, had a profound and lasting impact. It proved to be one of the principal channels through which the antiquarian methods of the fifteenth century reached the ethnographers and historians of religion of the next two centuries.”—Anthony T. Grafton, The New York Review of Books

“Brian Copenhaver’s edition and translation of the first three books of the De inventoribus rerum (1499) of the humanist Polydore Vergil is especially useful because of its copious annotations… Copenhaver’s translation helps in reminding us that most Renaissance writers were bricoleurs rather than scholars, and compendia like that of Polydore Vergil most certainly had a greater currency in Renaissance culture than less readable works such as Perotti’s Cornucopiae or Guillaume Budi’s De asse et partibus.”—W. Scott Blanchard, Renaissance Quarterly