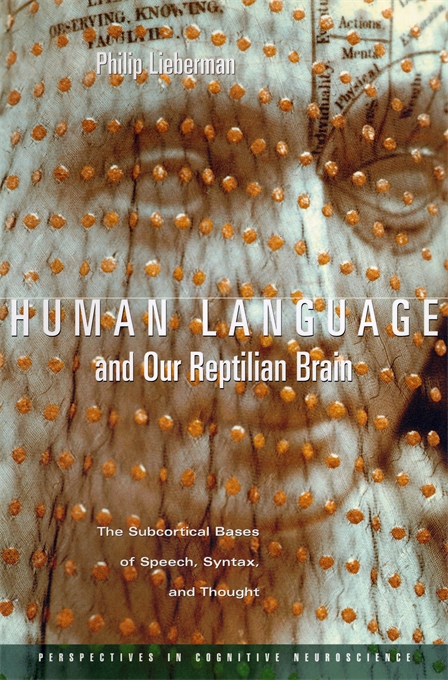 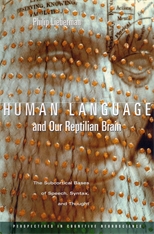 Human Language and Our Reptilian Brain

The Subcortical Bases of Speech, Syntax, and Thought

This book is an entry into the fierce current debate among psycholinguists, neuroscientists, and evolutionary theorists about the nature and origins of human language. A prominent neuroscientist here takes up the Darwinian case, using data seldom considered by psycholinguists and neurolinguists to argue that human language—though more sophisticated than all other forms of animal communication—is not a qualitatively different ability from all forms of animal communication, does not require a quantum evolutionary leap to explain it, and is not unified in a single “language instinct.”

Using clinical evidence from speech-impaired patients, functional neuroimaging, and evolutionary biology to make his case, Philip Lieberman contends that human language is not a single separate module but a functional neurological system made up of many separate abilities. Language remains as it began, Lieberman argues: a device for coping with the world. But in a blow to human narcissism, he makes the case that this most remarkable human ability is a by-product of our remote reptilian ancestors’ abilities to dodge hazards, seize opportunities, and live to see another day.