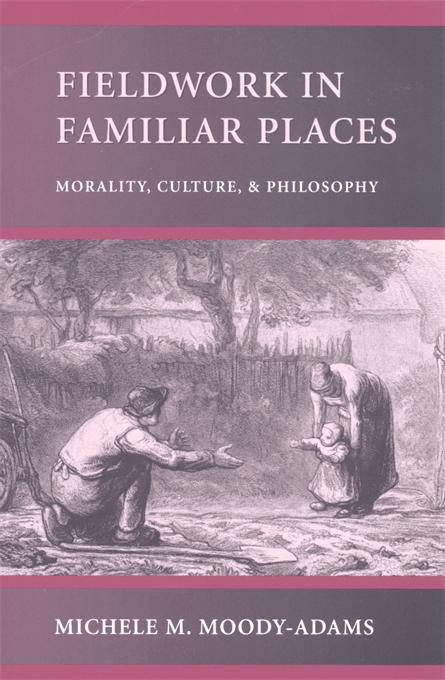 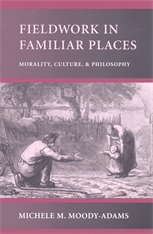 “[A] rigorous and intelligent account of the state of moral inquiry in an era of moral relativism… Fieldwork in Familiar Places provides a good many tools to continue the ongoing work of scrutinising implicit assumptions. At the same time—and this too is a compliment to its author—it makes clear that there is no necessity to converge on a unique solution.”—Wing-sam Chow, Anthropos

“Moody-Adams offers us not only one of the best recent critiques of moral relativism but also the first one to examine systematically the anthropological literature on which relativists usually base their philosophical claims.”—Thomas Wren, Ethics

“It is refreshing to read such a spirited, original, and well-informed account and defense of such a position in moral philosophy, and how sensitivity to cultural differences can be reconciled with objectivism. Moody-Adams is to be commended for showing, what is often lacking in more purely theoretical accounts of either relativism or objectivism, that it really matters whether one is an objectivist or not. Fieldwork in Familiar Places is a superior and important work in moral philosophy.”—Lawrence Blum, Mind

“Michele Moody-Adams’ book is a major contribution to moral philosophy. Its first important contribution is a brilliant examination of relativism. What she shows is that relativists do not merely arrive at conclusions that are untenable, but that even the supposed ‘anthropological facts’ of hopeless divergence on ethical principles between different cultures depend upon questionable methodology and tendentious interpretation. And this is important because if one takes the relativists’ ‘facts’ at face value, one’s understanding of the relations between culture and morality is bound to end up distorted, even if one does not accept the more extreme versions of cultural relativism. A second contribution of the book, one that interlocks with the first, is an original and powerful reconception of the tasks of moral philosophy—one that frees moral inquiry from the obligation to come up with a final theory or a set of principles that are to solve all moral problems, and that connects rationality with problem-solving rather than with finality and absoluteness. There are few books that belong in the library of everyone who thinks seriously about fact and value; this is one of them!”—Hilary Putnam