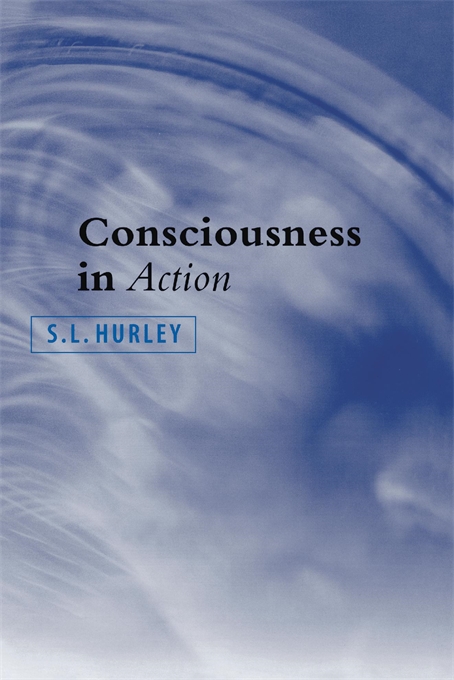 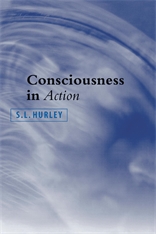 “[Consciousness in Action] is worth tackling, even for those who, like this reviewer, are not professional philosophers. Especially useful is the detailed discussion of the contributions of Kant and of Wittgenstein to contemporary philosophers, understanding of the mind, and the way these relate to the latest findings of neuropsychology… Although the chapters may be read as stand-alone essays, the volume has a unity of purpose and a clarity of argument that allow each section to feed into the others. The author suggests that ‘the attentive reader will discern an overall plot and several subplots.’ It might also be said that the book is an exemplar of its theme: the philosophy and the psychology, the theory and the practice, display an interdependence and mutual support that mirror the writer’s claims for perception and action and the unity of consciousness.”—Anthony Freeman, The Times Higher Education Supplement

“This closely argued and empirically-informed book breaks new ground, both in the problems it poses and the solutions it offers… The richness and range of the book is impressive, as is the level of detail at which the discussion of complex issues in philosophy and psychology is conducted. Much contemporary work in the philosophy of mind is depressingly parochial, insulated both from the empirical study of the mind and from the wider philosophical context. Consciousness in Action is an excellent antidote, philosophically wide-ranging and far from parochial.”—Jose Bermudez, European Journal of Philosophy

“In this fascinating book Susan Hurley defends the thesis that action and perception are deeply and fundamentally intertwined, contrary to traditional assumptions in the philosophy of mind and cognitive science… Hurley has presented a wealth of enlightening information concerning action, perception, and mind. She has crafted a rich and impressive book that is required reading by researchers in philosophy and cognitive science. [Consciousness in Action] is a major contribution to the field.”—Joshua Weinberg, Journal of Consciousness Studies

“Hurley’s Consciousness in Action…presents serious neurophilosophy: philosophy applied to a thorough and subtle understanding of the relevant cognitive neuroscience.”—Marcel Kinsbourne, Mind and Language

“A work of formidable ambition and multi-disciplinary erudition. [Hurley] marshals wide-ranging literatures in the philosophy of mind, cognitive psychology, cognitive neuroscience, and dynamic systems theory. Her Kant and Wittgenstein scholarship is also impressive. Each chapter stands on its own, but the ideas interlock to create a large, unified vision… Hurley succeeds in bringing to the table a feast of new questions.”—Bernard Kobes, Mind and Language

“Addressed to philosophers who are interested in the relevance of empirical studies in the neurosciences and psychology to understanding consciousness and the mental, as well as to psychologists and neuroscientists who are interested in the relevance of their empirical findings to major philosophical problems about the mental; in particular, problems derived from…Kant and Wittgenstein. [Hurley] skilfully weav[es] together evidence and argument from all these sources… Wide in scope and sweeping in compass, the work presents a central research programme and many subprogrammes integrating current philosophical and scientific research on consciousness, thought, and action. Hurley’s knowledge of the relevant special sciences and…the philosophy of mind are impressive. The depth and breadth that is attained, the timeliness of the challenge that it takes up, and the pressing need that it meets make this book a work of the first rank… This book represents a remarkable achievement in moving forward the philosophy of mind into the twenty-first century.”—Rita Nolan, Philosophical Books

“S. L. Hurley has written an extremely good book in which she insightfully and systematically addresses many of the central issues concerning consciousness in the philosophy of mind and the psychology of cognition. Although Consciousness in Action is written within the analytical philosophical tradition, she writes clearly and in a manner that is quite open both to philosophers in other traditions and to theorists in other disciplines… Like an increasing number of philosophers, Hurley relies heavily on empirical data from neuropsychological studies to develop her well-reasoned arguments… I think that Hurley is right in much of what she claims… [This book is] well-written, well-researched, on the right track, and well worth studying.”—Shaun Gallagher, Philosophical Psychology

“[Hurley’s] analysis is broad in scope but always penetrating. She draws extensively on both recent and traditional philosophical discussion… She has a knack for providing carefully chosen examples from neuropsychology that vividly illustrate the point of elaborate philosophical arguments… One of the great merits of this book is that it brings together two themes that have emerged somewhat independently in recent cognitive science oriented philosophy of mind…the current emphasis on embodiment and environment as essential for mental activity…[and] the return of the self on the consciousness scene.”—Axel Cleeremans and Erik Myin, Revue Internationale de Philosophie

“One of the most important contributions in the ‘decade of the brain.’”—Michael Quante, Zeitschrift für philosophische Forschung

“Questions involving the nature of conscious experience are some of the most central and most difficult facing philosophers, psychologists, ad cognitive neuroscientists… Hurley’s Consciousness in Action tackle[s] the central historical questions head on in addition to proposing fruitful new hypotheses regarding the nature of self-consciousness, the unity of conscious experience, autonomy, and agency… Hurley develops the idea that perception and agency are coconstituted. This thesis stands contrary to the orthodox position that one perceives first, and only later acts upon one’s perceptions. What makes Hurley so appealing is that she…bases her approach on a consideration of the more ‘primitive’ or ‘subpersonal’ elements that underlie conscious experience… She develops a dynamic systems approach to understanding the multilayered nature of consciousness and offers a convincing account of the closely interdependent nature of perception and agency… [Consciousness in Action] mark[s] the beginning of a new era in the study of human consciousness.”—H. Storl, Choice

“It is about time there was a good book relating some of the really ‘deep’ philosophical issues concerning the nature of mind and consciousness to the recent explosion of exciting work in cognitive neuroscience, cognitive psychology, and the dynamics of situated action. In this wonderful and timely book Susan Hurley achieves all that and more. Hurley challenges the persuasive image of the mind as insulated, by the twin buffers of perception and action, from the wider world that our thoughts concern. Once mind is thus seen as in a certain sense ‘continuous’ with the world, it becomes possible (indeed, compulsory) to rethink fundamental issues in philosophy and cognitive science.”—Andy Clark, Washington University

“This is a virtuosic book, displaying a quite remarkable breadth of vision. Susan Hurley’s reflections on consciousness and action are original, deep, and challenging, and she shows herself to be completely at home with her subject matter, which ranges from psychology and neuroscience through to the finer points of Kant scholarship and Wittgenstein interpretation. The book challenges many current conceptions, and is likely to push the philosophy of mind—and indeed, our whole understanding of ourselves as embodied and embedded, experiencing and acting, subjects and agents—in new directions.”—Martin Davies, Corpus Christi College, University of Oxford

“Consciousness in Action is an extremely impressive, stimulating contribution to current work on consciousness—a huge step forward from a largely stalemated debate about the existence or otherwise of qualia. At its core is a powerful, and, in my view, compelling case for treating the relation between experience and activity as pivotal to some of the deepest problems consciousness raises. Particularly original is Hurley’s exceptionally well-informed use of intriguing psychological phenomena to drive home the rich array of specific philosophical problems she is concerned with about the relation between perception and action. Her solution to these, which involves recognizing a form of deep interdependence between perception, action and the world, draws on a synthesis of an extraordinarily wide range of materials, in philosophy, psychology and neuroscience. Altogether this is a truly remarkable book.”—Naomi Eilan, Director of the HRB Project on Consciousness and Self Consciousness, University of Warwick

“A cogent and novel contribution. Hurley has performed a major service to cognitive science. It is beneficial to philosophy of mind to appropriate detailed empirical findings to major issues in dispute, and it is of benefit to neuropsychology for the implications of such findings for our broad understanding of how the human mind/brain works to be clarified by an expert philosopher of mind.”—Marcel Kinsbourne, M.D., Tufts University