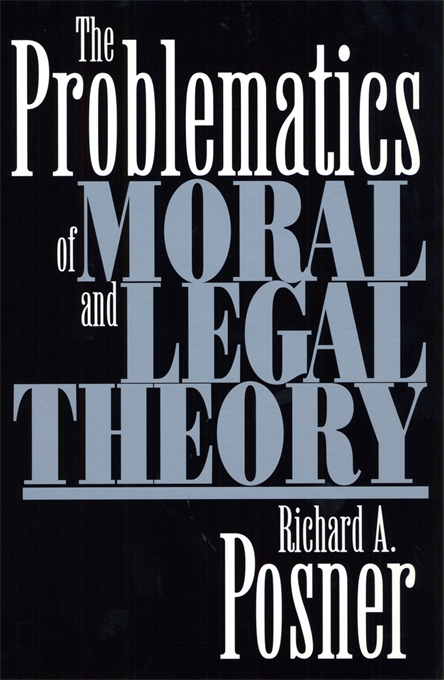 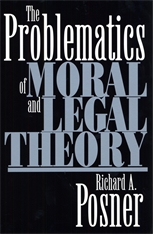 The Problematics of Moral and Legal Theory

“Posner believes that most moral understanding is acquired in childhood and largely controlled by parental example, peer pressure, and religion. Once acquired, moral beliefs and commitments can only be changed through ‘appeals to self-interest and emotional appeals that bypass our rational calculating faculty’… As usual with Posner, the writing is clear, the footnotes abundant and highly informative, and the index excellent. Highest recommendation for all collections.”—J. White, Choice

“[This book] should fit the bill for those who might have been curious about what Posner has to say about jurisprudence and the law but were put off by the rather longer books. [It] also fits the bill for scholars, good upper level undergraduates, and graduates students who will benefit from reading an entirely readable book that will provoke them to skirmish with the author over the issues of legal pragmatism.”—Ira L. Strauber, Law and Politics Book Review

“The breadth and depth of Posner’s scholarship is formidable, and his analyses are always provocative. This book is a highly welcome contribution to contemporary jurisprudential debate.”—Neil Duxbury, Faculty of Law, University of Manchester

“More than ever, Richard Posner lays claim to the mantle of Oliver Wendell Holmes, not only in catholicity of interests, but also, in this instance, because Posner’s thoroughgoing, no-holds-barred attack on moral philosophy is reminiscent of Holmes’s own acerbic views regarding the potential contribution of moral theorizing to ascertaining the meaning of law. These chapters, as well as his attack on the contemporary vogue of ‘constitutional theory,’ will surely occasion the greatest controversy, but Posner also has important—and debatable—things to say about the legal profession and its future.”—Sanford Levinson, University of Texas at Austin Law School

“Richard Posner’s trenchant criticism of the Kantian assumptions of most contemporary moral philosophy is very refreshing, and much needed. His distinction between ‘moral entrepreneurs’ and ‘academic moral philosophers’ is particularly helpful.”—Richard Rorty, Stanford University, author of Achieving Our Country