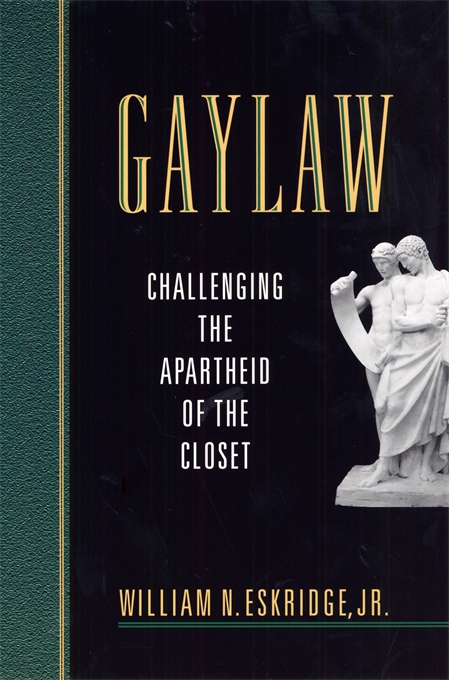 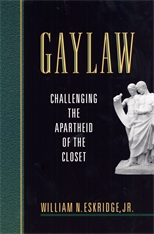 Challenging the Apartheid of the Closet

This book provides a comprehensive analysis of the legal issues concerning gender and sexual nonconformity in the United States. Part One, which covers the years from the post–Civil War period to the 1980s, is a history of state efforts to discipline and punish the behavior of homosexuals and other people considered to be deviant. During this period such people could get by only at the cost of suppressing their most basic feelings and emotions.

Part Two addresses contemporary issues. Although it is no longer illegal to be openly gay in America, homosexuals still suffer from state discrimination in the military and in other realms, and private discrimination and violence against gays is prevalent. William Eskridge presents a rigorously argued case for the “sexualization” of the First Amendment, showing why, for example, same-sex ceremonies and intimacy should be considered “expressive conduct” deserving the protection of the courts. The author draws on legal reasoning, sociological studies, and history to develop an effective response to the arguments made in defense of the military ban. The concluding part of the book locates the author’s legal arguments within the larger currents of liberal theory and integrates them into a general stance toward freedom, gender equality, and religious pluralism.