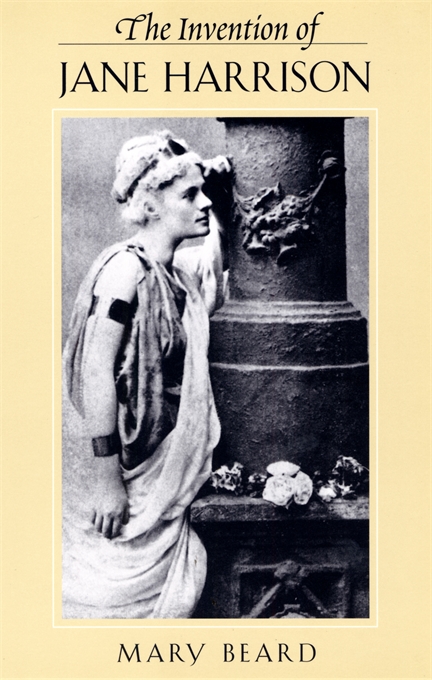 The Invention of Jane Harrison

Jane Ellen Harrison (1850–1928) is the most famous female Classicist in history, the author of books that revolutionized our understanding of Greek culture and religion. A star in the British academic world, she became the quintessential Cambridge woman—as Virginia Woolf suggested when, in A Room of One’s Own, she claims to have glimpsed Harrison’s ghost in the college gardens.

This lively and innovative portrayal of a fascinating woman raises the question of who wins (and how) in the competition for academic fame. Mary Beard captures Harrison’s ability to create her own image. And she contrasts her story with that of Eugénie Sellers Strong, a younger contemporary and onetime intimate, the author of major work on Roman art and once a glittering figure at the British School in Rome—but who lost the race for renown. The setting for the story of Harrison’s career is Classical scholarship in this period—its internal arguments and allegiances and especially the influence of the anthropological strain most strikingly exemplified by Sir James Frazer. Questioning the common criteria for identifying intellectual “influence” and “movements,” Beard exposes the mythology that is embedded in the history of Classics. At the same time she provides a vivid picture of a sparkling intellectual scene. The Invention of Jane Harrison offers shrewd history and undiluted fun.