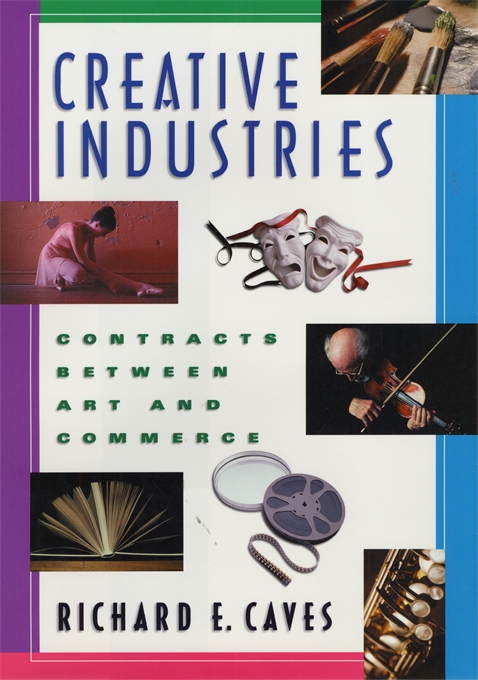 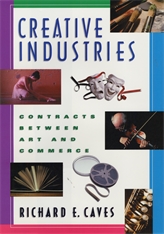 Contracts between Art and Commerce

“[Caves] uses contract and industrial-organization theory to throw light on how and why the industries producing cultural goods and services—from literature to film, from rock music to opera—work as they do… Caves does not engage issues of ideology, nor of the political or economic importance of the arts, but simply sees the creative industries as fascinating areas of economic activity which have been largely neglected by economists… By documenting a wide range of commercial interactions across the creative industries, this comprehensive and immensely readable book shows persuasively that economic theory can help us understand the sheer business of making art happen.”—David Throsby, The Times Literary Supplement

“Creative Industries explores the economics of the arts in exacting detail. With great skill and originality, Caves has analysed the economic forces operating in music, book publishing, painting, the theatre and movies.”—Winston Fletcher, The Times Higher Education Supplement

“Caves presents an excellent and readable discussion of the economics and organization of the creative arts industry… Using an enormous amount of qualitative information, Caves combines the theory of contracts (a new development) with the economics of industrial organization to explain institutional arrangements (the contractual strategies of the market mediators) between artists (authors, actors, performers) and consumers.”—R. A. Miller, Choice

“Creative Industries will appeal to the growing community of social scientists and humanists who are interested in and write about cultural policy. Even the economics-averse among them will have no excuse to avoid this gracefully written volume. It promises to be a much-needed touchstone for work in cultural economics, the sociology of art and culture, and the interdisciplinary field of arts and cultural policy analysis.”—Paul DiMaggio, Professor of Sociology, Princeton University

“Richard Caves has filled a very large gap: until now virtually no one has addressed the economic organization of the arts and culture. This is a highly accessible work, in which huge volumes of scholarly and popular work have been uncovered, absorbed and assimilated in the finished product. Creative Industries is a splendid book.”—Richard Netzer, Professor of Economics and Public Administration, Robert F. Wagner Graduate School of Public Service, New York University