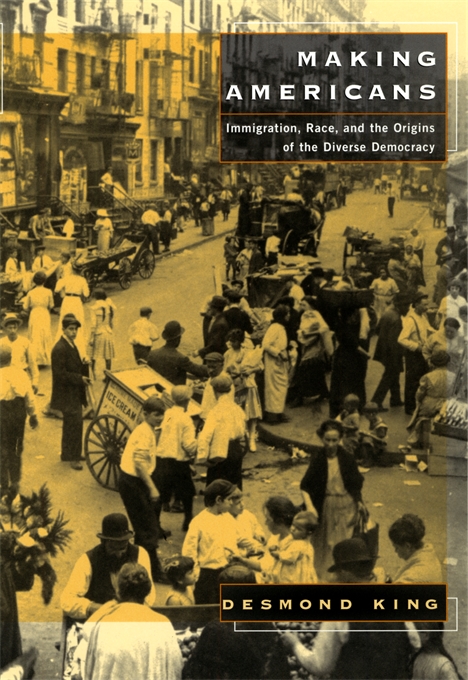 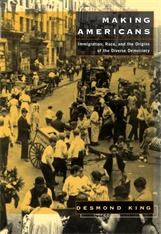 Immigration, Race, and the Origins of the Diverse Democracy

In the nineteenth century, virtually anyone could get into the United States. But by the 1920s, U.S. immigration policy had become a finely filtered regime of selection. Desmond King looks at this dramatic shift, and the debates behind it, for what they reveal about the construction of an “American” identity.

Specifically, the debates in the three decades leading up to 1929 were conceived in terms of desirable versus undesirable immigrants. This not only cemented judgments about specific European groups but reinforced prevailing biases against groups already present in the United States, particularly African Americans, whose inferior status and second-class citizenship—enshrined in Jim Crow laws and embedded in pseudo-scientific arguments about racial classifications—appear to have been consolidated in these decades. Although the values of different groups have always been recognized in the United States, King gives the most thorough account yet of how eugenic arguments were used to establish barriers and to favor an Anglo-Saxon conception of American identity, rejecting claims of other traditions. Thus the immigration controversy emerges here as a significant precursor to recent multicultural debates.

Making Americans shows how the choices made about immigration policy in the 1920s played a fundamental role in shaping democracy and ideas about group rights in America.