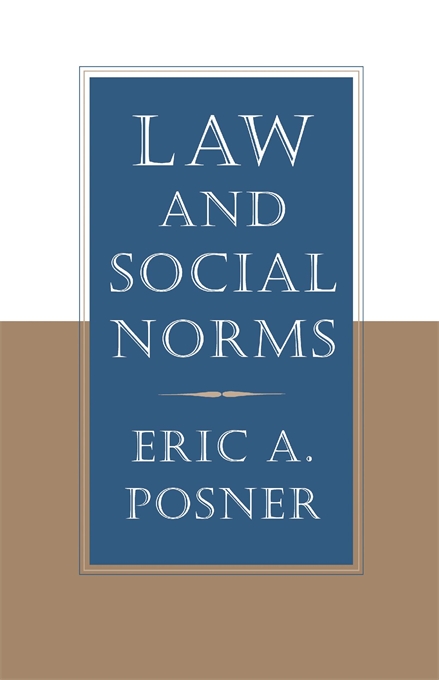 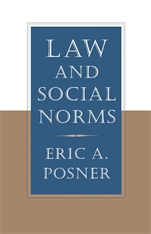 What is the role of law in a society in which order is maintained mostly through social norms, trust, and nonlegal sanctions? Eric Posner argues that social norms are sometimes desirable yet sometimes odious, and that the law is critical to enhancing good social norms and undermining bad ones. But he also argues that the proper regulation of social norms is a delicate and complex task, and that current understanding of social norms is inadequate for guiding judges and lawmakers. What is needed, and what this book offers, is a model of the relationship between law and social norms. The model shows that people’s concern with establishing cooperative relationships leads them to engage in certain kinds of imitative behavior. The resulting behavioral patterns are called social norms.

Posner applies the model to several areas of law that involve the regulation of social norms, including laws governing gift-giving and nonprofit organizations; family law; criminal law; laws governing speech, voting, and discrimination; and contract law. Among the engaging questions posed are: Would the legalization of gay marriage harm traditional married couples? Is it beneficial to shame criminals? Why should the law reward those who make charitable contributions? Would people vote more if non-voters were penalized? The author approaches these questions using the tools of game theory, but his arguments are simply stated and make no technical demands on the reader.