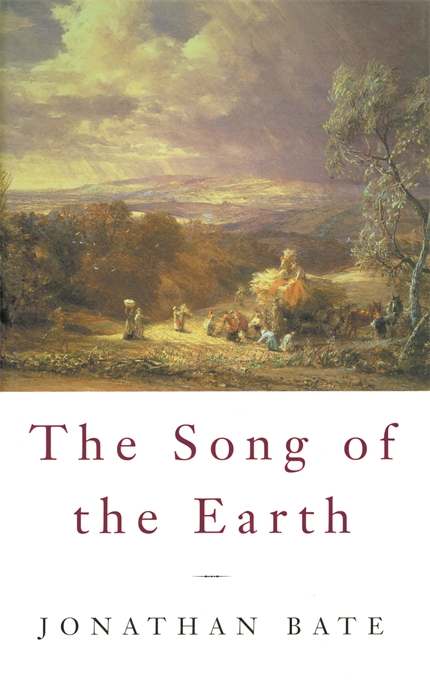 The Song of the Earth

As we enter a new millennium ruled by technology, will poetry still matter? The Song of the Earth answers eloquently in the affirmative. A book about our growing alienation from nature, it is also a brilliant meditation on the capacity of the writer to bring us back to earth, our home.

In the first ecological reading of English literature, Jonathan Bate traces the distinctions among “nature,” “culture,” and “environment” and shows how their meanings have changed since their appearance in the literature of the eighteenth century. An intricate interweaving of climatic, topographical, and political elements poetically deployed, his book ranges from greenhouses in Jane Austen’s novels to fruit bats in the poetry of Les Murray, by way of Thomas Hardy’s woodlands, Dr. Frankenstein’s Creature, John Clare’s birds’ nests, Wordsworth’s rivers, Byron’s bear, and an early nineteenth-century novel about an orangutan who stands for Parliament. Though grounded in the English Romantic tradition, the book also explores American, Central European, and Caribbean poets and engages theoretically with Rousseau, Adorno, Bachelard, and especially Heidegger.

The model for an innovative and sophisticated new “ecopoetics,” The Song of the Earth is at once an essential history of environmental consciousness and an impassioned argument for the necessity of literature in a time of ecological crisis.