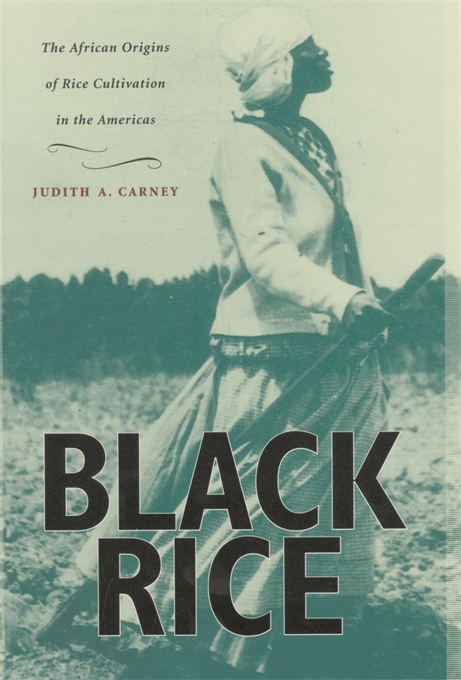 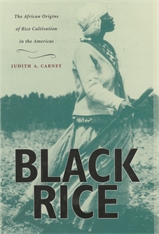 The African Origins of Rice Cultivation in the Americas

“Exploring crops, landscapes and agricultural practices in Africa and America, [Carney] demonstrates the critical role Africans played in the creation of the system of rice production that provided the foundation of Carolina’s wealth… This detailed study of historical botany, technological adaptation and agricultural diffusion adds depth to our understanding of slavery and makes a compelling case for ‘the agency of slaves’ in the creation of the South’s economy and culture.”—Drew Gilpin Faust, New York Times Book Review

“Judith A. Carney’s Black Rice: The African Origins of Rice Cultivation in the Americas…describes how the South Carolina rice industry was built not only on slave labor but on the agricultural and technological knowledge brought over by the Africans… [It] changes our understanding of the black contribution to American life.”—Barry Gewen, New York Times Book Review

“Black Rice sets out to discredit for good an old Southern recipe for history that depicts slaves as mere laborers who dumbly performed work their masters conceived. Carney tells it the other way around. After years visiting West African rice fields, then digging in archives on both sides of the Atlantic, she has emerged with evidence that early slave traders sought and seized Africans who had the abilities to grow a specific African rice… Black Rice might be called an agricultural detective story. The historical crime—and that’s clearly how Carney sees it—is the relative lack of attention given to African rice.”—Allan M. Jalon, Los Angeles Times

“Contrary to common belief, [Carney] explains, rice was not brought by Europeans to the Americas by way of Asia, but rather was introduced here by Africans and cultivated by African-American slaves, particularly in South Carolina, where rice crops proved to be one of the most profitable plantation-based economies. Though this is a scholarly work, Carney’s clear, uncluttered prose invites a wider readership.”—Publishers Weekly

“Black Rice is an original, knowledgeable, exciting, and important addition to the literature of the making and remaking of the Atlantic world. Judith Carney demonstrates how the trans-Atlantic transfer of rice cultivation marked not simply the movement of an important crop across the Atlantic, but also the relocation of an entire culture.”—Ira Berlin, author of Many Thousands Gone: The First Two Centuries of Slavery in North America

“Among the very finest examples of what African Diaspora Studies should be: multidisciplinary, multilingual, broad in geographic scope, and focused on Africa and Africans as vital, active contributors to the technology and culture of the Americas.”—Gwendolyn Midlo Hall, author of Africans in Colonial Louisiana: The Development of Afro-Creole Culture in the Eighteenth Century

“If there were a field of ‘Trans-Atlantic Subaltern Studies,’ Black Rice would represent both a foundation stone of the edifice and one of its most impressive achievements.”—James C. Scott, Yale University

“Black Rice is a luminous, brilliant account of innovation, resistance, and identity linking Old and New Worlds. Carney has unearthed a compelling, and hitherto neglected, aspect of Africa’s contribution to the agrarian history of the Americas. A magisterial geographical history of the Black Atlantic.”—Michael Watts, University of California, Berkeley

“An intrepid and observant researcher who links African rice to North and South America in fresh and convincing ways, Judith Carney’s work is wide-ranging, provocative, and clear. Black Rice is a wonderfully rich and creative book about an amazing crop and the people who labored to grow it. You will never look at a bowl of rice—or the entire Atlantic basin—in quite the same way again.”—Peter H. Wood, author of Black Majority: Negroes in Colonial South Carolina from 1670 through the Stono Rebellion

“With a fusion of highly original geographic, ethnographic, and historical analysis, Carney powerfully traces the provenance and provisioning of rice in the Americas, the profound role that it played in defining gender roles, and the myriad ways that slave labor altered the once hidden political ecology of rice landscapes.”—Karl Zimmerer, author of Changing Fortunes: Biodiversity and Peasant Livelihood in the Peruvian Andes