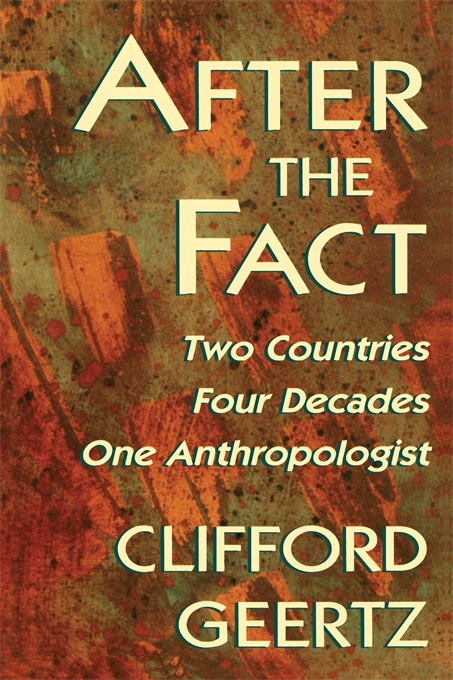 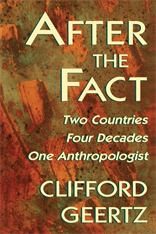 “Suppose,” Clifford Geertz suggests, “having entangled yourself every now and again over four decades or so in the goings-on in two provincial towns, one a Southeast Asian bend in the road, one a North African outpost and passage point, you wished to say something about how those goings-on had changed.” A narrative presents itself, a tour of indices and trends, perhaps a memoir? None, however, will suffice, because in forty years more has changed than those two towns—the anthropologist, for instance, anthropology itself, even the intellectual and moral world in which the discipline exists. And so, in looking back on four decades of anthropology in the field, Geertz has created a work that is characteristically unclassifiable, a personal history that is also a retrospective reflection on developments in the human sciences amid political, social, and cultural changes in the world. An elegant summation of one of the most remarkable careers in anthropology, it is at the same time an eloquent statement of the purposes and possibilities of anthropology’s interpretive powers.

To view his two towns in time, Pare in Indonesia and Sefrou in Morocco, Geertz adopts various perspectives on anthropological research and analysis during the post-colonial period, the Cold War, and the emergence of the new states of Asia and Africa. Throughout, he clarifies his own position on a broad series of issues at once empirical, methodological, theoretical, and personal. The result is a truly original book, one that displays a particular way of practicing the human sciences and thus a particular—and particularly efficacious—view of what these sciences are, have been, and should become.