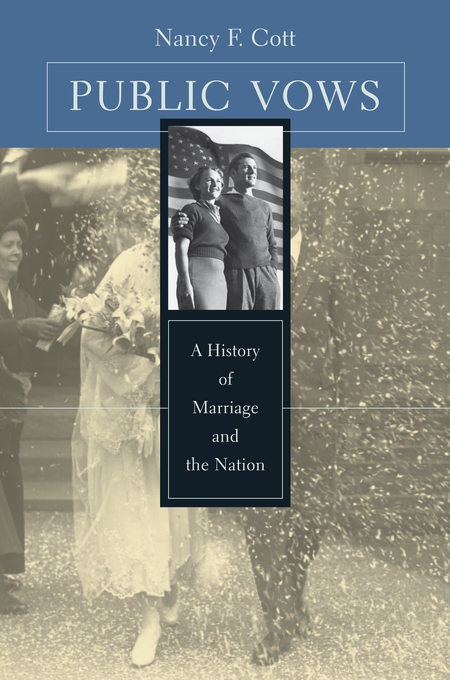 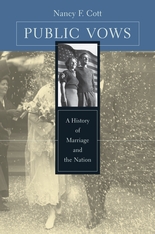 A History of Marriage and the Nation

We commonly think of marriage as a private matter between two people, a personal expression of love and commitment. In this pioneering history, Nancy F. Cott demonstrates that marriage is and always has been a public institution.

From the founding of the United States to the present day, imperatives about the necessity of marriage and its proper form have been deeply embedded in national policy, law, and political rhetoric. Legislators and judges have envisioned and enforced their preferred model of consensual, lifelong monogamy—a model derived from Christian tenets and the English common law that posits the husband as provider and the wife as dependent. In early confrontations with Native Americans, emancipated slaves, Mormon polygamists, and immigrant spouses, through the invention of the New Deal, federal income tax, and welfare programs, the federal government consistently influenced the shape of marriages. And even the immense social and legal changes of the last third of the twentieth century have not unraveled official reliance on marriage as a “pillar of the state.”

By excluding some kinds of marriages and encouraging others, marital policies have helped to sculpt the nation’s citizenry, as well as its moral and social standards, and have directly affected national understandings of gender roles and racial difference. Public Vows is a panoramic view of marriage’s political history, revealing the national government’s profound role in our most private of choices. No one who reads this book will think of marriage in the same way again.