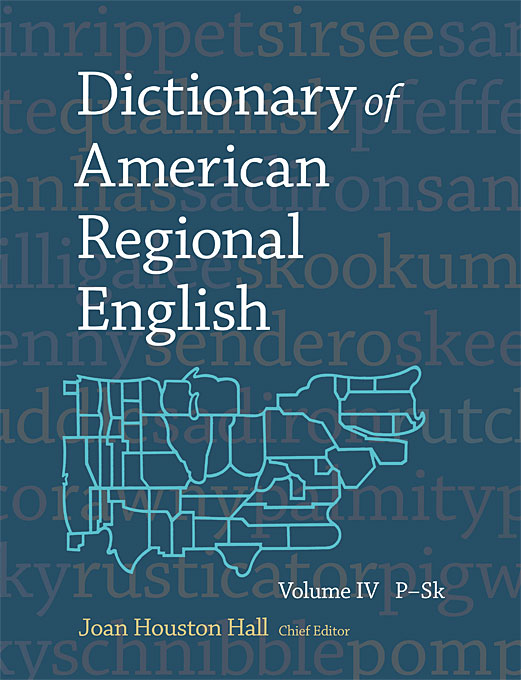 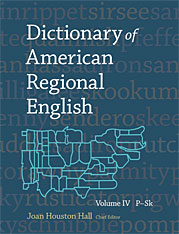 “Here is the big news in the world of lexicography: DARE IV has come out of the wordwork. The Dictionary of American Regional English—repository of the most delicious dialect sources and the most colorful evidence of the Americanization of the English language—has now covered letters P to Sk… [This] is the penultimate (one more to go) volume in the set that no library can afford to absquatulate.”—William Safire, The New York Times Magazine

“A monumental and impressive work.”—Daniel F. Phelan, Language and Linguistics

“It already seems clear that…the dictionary will rank as one of the glories of contemporary American scholarship…it is endlessly rewarding to dip into, and if you look up a particular word or phrase you are in constant danger of being seduced to something else… It is a work to consult, and a work to savor—a work to last a lifetime.”—John Gross, The New York Times

“This long-awaited, definitive and fascinating Dictionary of American Regional English [DARE]…is all we had hoped for and more. It includes the regional and folk language, past and present, of the old and the young, men and women, white and black, the rural and the urban, from all walks of life… Although DARE will be one of the most scholarly, comprehensive and detailed dictionaries ever completed…it will also be one of the easiest and most enjoyable to use or browse in… This is an exciting, lasting work of useful scholarship accomplished with excellence, a work that scholars and laypeople alike will study, use and enjoy for generations.”—Stuart B. Flexner, The New York Times Book Review

“More than 20 years in the making, this brand-fire-new tome is loaded with the bare-naked speech that Americans really use when they ‘bump their gums’ with or without having had some ‘sweet spirits o’ cats-a-fightin’’ or ‘conversation fluid’ to make their chin music happen. The result is a testimonial to the metaphor-making power of the American language at its most vigorous.”—Newsweek

“In its scope and thoroughness, Cassidy’s dictionary is unmatched as a kind of refuge for colloquialisms threatened with extinction… Writers, etymologists and other devotees of verbal arcana have never been given a richer browsing ground. But while they are discovering that a blind tiger is a place to buy and drink moonshine, or that there are 176 names for dust balls under the bed, they are also bound to be awed by the dictionary’s staggering scholarship.”—Ezra Bowen, Time

“Proof that tourism, television and technological change haven’t rounded off all the gaudy and gracious edges of the way we talk.”—L.A. Jolidon, USA Today