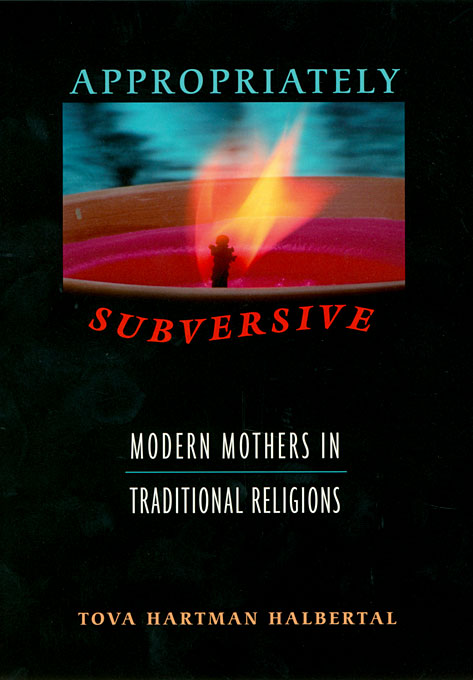 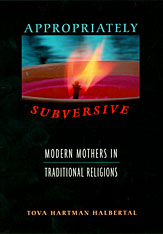 “The devout women in Tova Hartman Halbertal’s new book are all insiders. Unhappy insiders sometimes, uncomfortable insiders often, but inside to stay. The author understands… Those [Halbertal] interviews wrestle to change their religious cultures even as they stand grounded in faith… All are mothers of adolescent daughters and all are teachers, usually in the religious schools of their communities. They know, writes [Dr.] Hartman Halbertal, both the price of choosing not to socialize their daughters in their traditions and the cost of passing on the culture without reflection… For mothers challenging the status quo, raising ‘good girls,’ can be both a way of protecting daughters and an insurance policy, she argues. ‘Good daughters certify good mothers,’ allowing the latter further risk-taking.”—Nina C. Ayoub, The Chronicle of Higher Education

“Appropriately Subversive offers wonderful insights from the stories of mothers who live within and value traditional religious beliefs, yet question the price of conformity, exploring how the tension between ‘the committed self’ and ‘the resisting self’ affects their choices in raising their daughters. In Hartman Halbertal’s interviews with orthodox Jewish and Catholic women, we see vastly different religious practices, but remarkably similar psychic dramas. Her research helps us to understand the insidious effect of authoritarian structures that short-circuit the free exchange of ideas and prevent daughters and mothers from really knowing one another.”—Mary Scanlon Calcaterra, Founding Vice President, Voice of the Faithful

“This is a study of women on the boundaries between ambiguity and conviction; tradition and change; law and life; self-expression and silence. But it is more. By crossing boundaries herself between dispassionate scholarship and compassion; Jews and Catholics; mothers and daughters—Tova Hartman Halbertal creates an opening into hope, the true holy place.”—James Carroll, author of Constantine’s Sword: The Church and the Jews: A History

“This small gem of a book opens a new conversation about mothers. Illuminating the inner voices of women raising daughters in the orthodoxies of Judaism and Catholicism, it reminds us that all mothers mother in orthodoxy. Rarely have I seen the intelligence of mothers so respected or their conflicts portrayed with such eye-opening honesty. Appropriately Subversive is bold and innovative research. Tova Hartman Halbertal has placed her study at a critical intersection of traditional religions and modern feminism. Honoring the claims of both, she invites us into the dilemmas of mothering in culture. Hers is the voice of a brilliant new scholar.”—Carol Gilligan