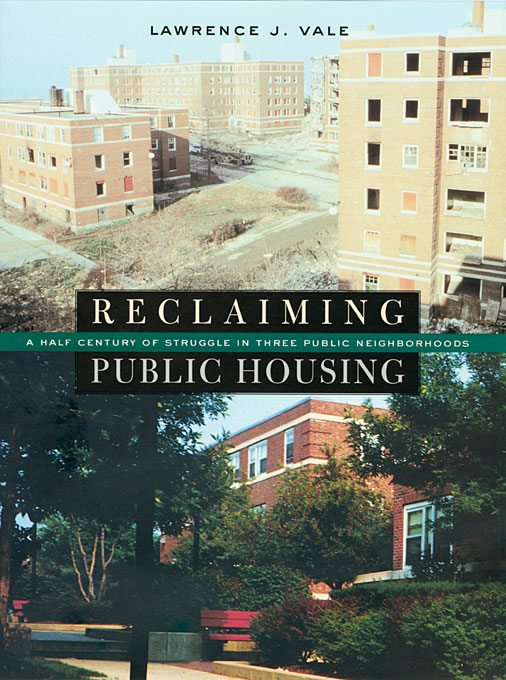 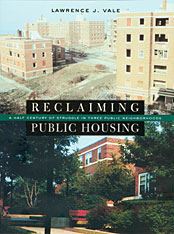 A Half Century of Struggle in Three Public Neighborhoods

In Reclaiming Public Housing, Lawrence Vale explores the rise, fall, and redevelopment of three public housing projects in Boston. Vale looks at these projects from the perspectives of their low-income residents and assesses the contributions of the design professionals who helped to transform these once devastated places during the 1980s and 1990s.

The three similarly designed projects were built at the same time under the same government program and experienced similar declines. Each received comparable funding for redevelopment, and each design team consisted of first-rate professionals who responded with similar “defensible space” redesign plans. Why, then, was one redevelopment effort a nationally touted success story, another only a mixed success, and the third a widely acknowledged failure? The book answers this key question by situating each effort in the context of specific neighborhood struggles. In each case, battles over race and poverty played out somewhat differently, yielding wildly different results.

At a moment when local city officials throughout America are demolishing more than 100,000 units of low-income housing, this crucial book questions the conventional wisdom that all large public housing projects must be demolished and rebuilt as mixed-income neighborhoods.