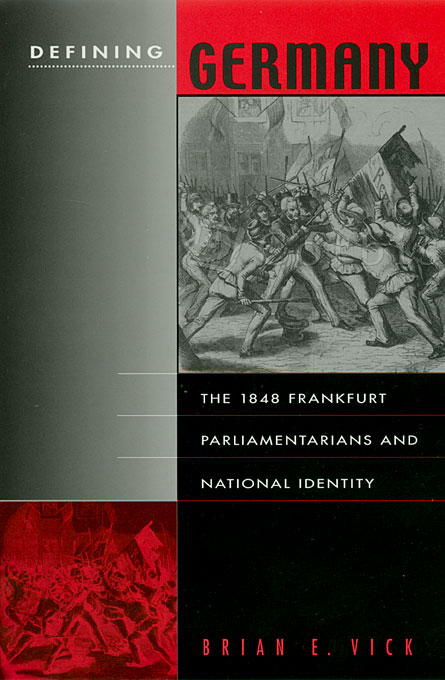 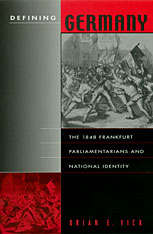 The 1848 Frankfurt Parliamentarians and National Identity

In a unique blend of political, intellectual, and cultural history, Brian Vick explores the world of German nationalism during the first half of the nineteenth century. Vick first presents an original investigation of German conceptions of nationhood in these decades before moving on to analyze the efforts of deputies at the Frankfurt Constituent National Assembly to construct a German national state based on the ethnically diverse German Confederation. He examines debates over fundamental issues that included citizenship qualifications, minority linguistic rights, Jewish emancipation, and territorial disputes, and offers valuable insights into nineteenth-century liberal opinion on the Jewish Question, language policy, and ideas of race.

Contrary to the often invoked dichotomy between cultural and political types of nationalism, in which the German case is usually seen as prototypical of the xenophobic, exclusionary cultural form, this study reveals how German nationalists at Frankfurt interwove cultural and political strands of the national ideal so finely as to sanction equal citizenship status in the proposed state for both the German-Jewish minority and the non-German-speaking nationalities within its boundaries. Yet deputies also contentiously defined Germany’s borders so as to incorporate the latter, often unwilling groups, thereby hoping to dominate them both culturally and politically. Conflict was thus as much a part of this “culture of nationhood” as inclusion.