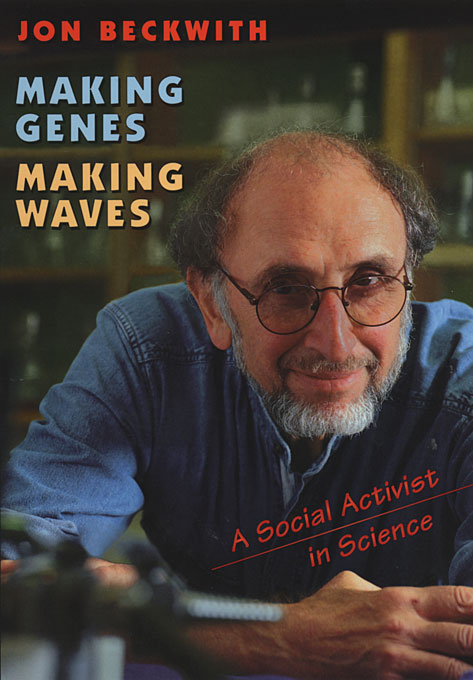 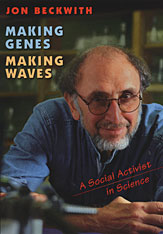 A Social Activist in Science

In 1969, Jon Beckwith and his colleagues succeeded in isolating a gene from the chromosome of a living organism. Announcing this startling achievement at a press conference, Beckwith took the opportunity to issue a public warning about the dangers of genetic engineering. Jon Beckwith’s book, the story of a scientific life on the front line, traces one remarkable man’s dual commitment to scientific research and social responsibility over the course of a career spanning most of the postwar history of genetics and molecular biology.

A thoroughly engrossing memoir that recounts Beckwith’s halting steps toward scientific triumphs—among them, the discovery of the genetic element that turns genes on—as well as his emergence as a world-class political activist, Making Genes, Making Waves is also a compelling history of the major controversies in genetics over the last thirty years. Presenting the science in easily understandable terms, Beckwith describes the dramatic changes that transformed biology between the late 1950s and our day, the growth of the radical science movement in the 1970s, and the personalities involved throughout. He brings to light the differing styles of scientists as well as the different ways in which science is presented within the scientific community and to the public at large. Ranging from the travails of Robert Oppenheimer and the atomic bomb to the Human Genome Project and recent “Science Wars,” Beckwith’s book provides a sweeping view of science and its social context in the latter half of the twentieth century.