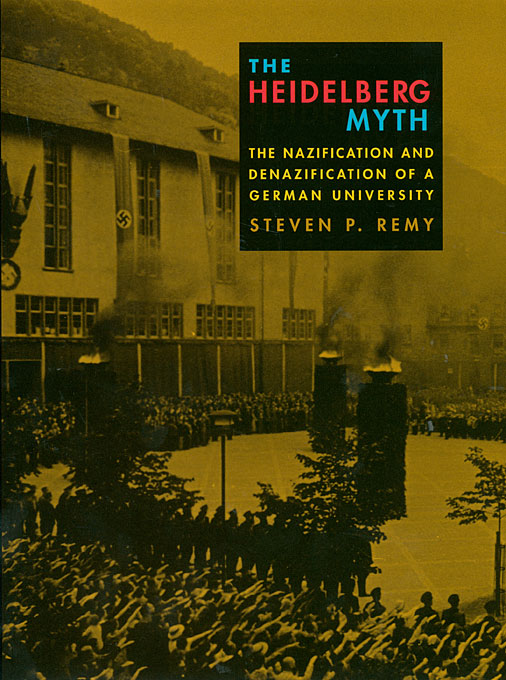 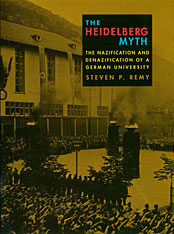 “In his fascinating book…Steven Remy deals with two purges—the one in 1933 when Hitler came to power and many of those in line with the ‘new spirit’ were removed, and the second 1945–48 when the American authorities (Heidelberg being located in the U.S. zone of occupation) tried to undo the damage. It is microhistory, dealing with a relatively small group of people, but the group was important and the story is of much wider significance. For what took place in Heidelberg happened one way or another in all German universities—and many other institutions as well.”—Walter Laqueur, The Washington Times

“Will interest not only historians, but anyone interested in 20th century German intellectual history.”—Robert Weninger, The Times Higher Education Supplement

“The Heidelberg Myth is lucid, passionate, and scholarly beyond reproach. It should be read by anyone interested in the debates currently circulating about intellectuals and academic culture in the Third Reich.”—Anson Rabinbach, Princeton University