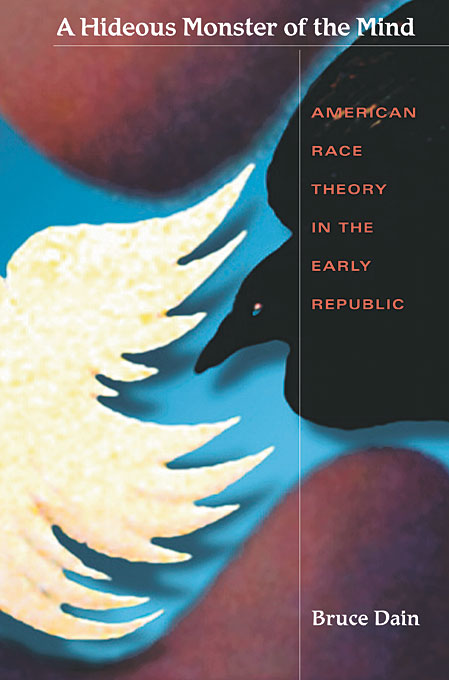 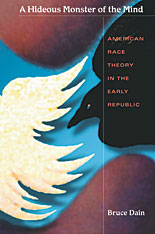 A Hideous Monster of the Mind

The intellectual history of race, one of the most pernicious and enduring ideas in American history, has remained segregated into studies of black or white traditions. Bruce Dain breaks this separatist pattern with an integrated account of the emergence of modern racial consciousness in the United States from the Revolution to the Civil War. A Hideous Monster of the Mind reveals that ideas on race crossed racial boundaries in a process that produced not only well-known theories of biological racism but also countertheories that were early expressions of cultural relativism, cultural pluralism, and latter-day Afrocentrism.

From 1800 to 1830 in particular, race took on a new reality as Americans, black and white, reacted to postrevolutionary disillusionment, the events of the Haitian Revolution, the rise of cotton culture, and the entrenchment of slavery. Dain examines not only major white figures like Thomas Jefferson and Samuel Stanhope Smith, but also the first self-consciously "black" African-American writers. These various thinkers transformed late-eighteenth-century European environmentalist "natural history" into race theories that combined culture and biology and set the terms for later controversies over slavery and abolition. In those debates, the ethnology of Samuel George Morton and Josiah Nott intertwined conceptually with important writing by black authors who have been largely forgotten, like Hosea Easton and James McCune Smith. Scientific racism and the idea of races as cultural constructions were thus interrelated aspects of the same effort to explain human differences.