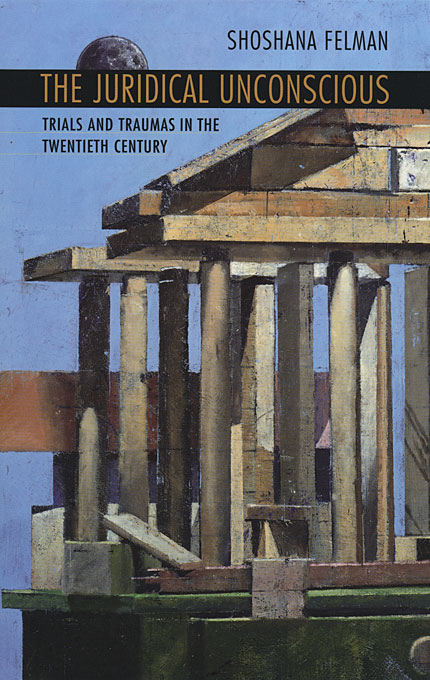 Trials and Traumas in the Twentieth Century

Death, wrote Walter Benjamin, lends storytellers all their authority. How do trials, in turn, borrow their authority from death? This book offers a groundbreaking account of the surprising interaction between trauma and justice.

Moving from texts by Arendt, Benjamin, Freud, Zola, and Tolstoy to the Dreyfus and Nuremberg trials, as well as the trials of O.J. Simpson and Adolf Eichmann, Shoshana Felman argues that the adjudication of collective traumas in the twentieth century transformed both culture and law. This transformation took place through legal cases that put history itself on trial, and that provided a stage for the expression of the persecuted—the historically “expressionless.”

Examining legal events that tried to repair the crimes and injuries of history, Felman reveals the “juridical unconscious” of trials and brilliantly shows how this juridical unconscious is bound up with the logic of the trauma that a trial attempts to articulate and contain but so often reenacts and repeats. Her book gives the drama of the law a new jurisprudential dimension and reveals the relation between law and literature in a new light.