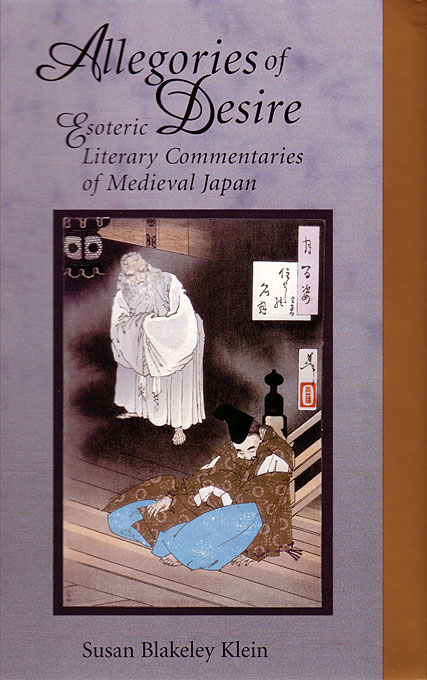 One of the more intriguing developments within medieval Japanese literature is the incorporation into the teaching of waka poetry of the practices of initiation ceremonies and secret transmissions found in esoteric Buddhism. The main figure in this development was the obscure thirteenth-century poet Fujiwara Tameaki, grandson of the famous poet Fujiwara Teika and a priest in a tantric Buddhist sect. Tameaki’s commentaries and teachings transformed secular texts such as the Tales of Ise and poetry anthologies such as the Kokin waka shu into complex allegories of Buddhist enlightenment. These commentaries were transmitted to his students during elaborate initiation ceremonies. In later periods, Tameaki’s specific ideas fell out of vogue, but the habit of interpreting poetry allegorically continued.

This book examines the contents of these commentaries as well as the qualities of the texts they addressed that lent themselves to an allegorical interpretation; the political, economic, and religious developments of the Kamakura period that encouraged the development of this method of interpretation; and the possible motives of the participants in this school of interpretation. Through analyses of six esoteric commentaries, Susan Blakeley Klein presents examples of this interpretive method and discusses its influence on subsequent texts, both elite and popular.