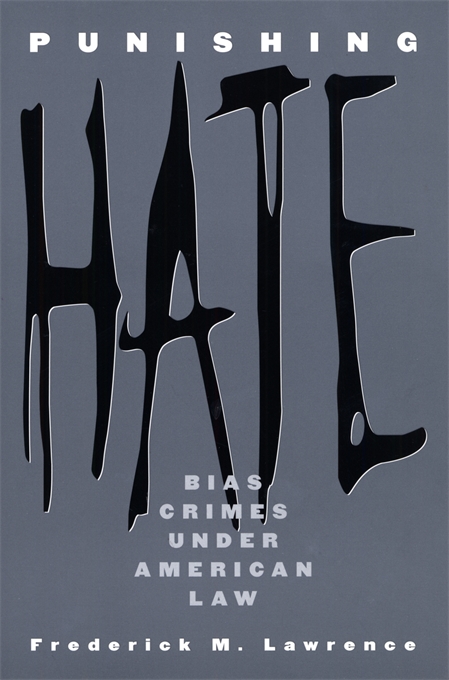 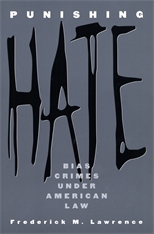 “Punishing Hate asks the tough questions that should be answered before a society undertakes to punish more harshly those who behave criminally towards others because of hate or bias… Punishing Hate fulfills its promise to ‘provide a foundation for understanding bias crimes in America,’ and is invaluable to anyone who wishes to explore this important issue.”—The Federal Lawyer

“In this work of advocacy, [Lawrence] argues that ‘bias crimes’ cause more harm than comparable nonbias crimes (to society as well as to immediate victims) and that it is possible to write laws that will suppress them without violating various constitutional limits… This book has valuable applications because the author explores the various questions that define this controversial policy issue: What is a bias crime? What should the federal role be? Of special value are appendixes setting out the history of the subject and describing state laws in force.”—P. Lermack, Choice

“This book is as timely as today’s headlines. Professor Lawrence has written a powerful, persuasive, and eloquent call for more effective action by Congress and the states to deal with these despicable crimes. Civil Rights is still the unfinished business of America. Hate crimes are uniquely destructive and divisive, because their impact extends far beyond the victim. They poison entire communities and undermine the ideals for which America stands. They deserve to be punished with the full force of the law, and Professor Lawrence’s book brings us closer to that important goal.”—Senator Edward M. Kennedy

“Punishing Hate eloquently articulates what most Americans intuitively understand: hate crimes warrant tougher sentences. With clarity, insight and wisdom, Professor Lawrence makes the case that ‘racial harmony and equality’ must be among the highest values in a pluralistic society, and that punishment choices appropriately express societal values. Hate crimes laws have already withstood every constitutional test, and this landmark work should help put to rest any lingering public policy concerns about their propriety and their importance.”—Elizabeth J. Coleman, Director, Civil Rights Division, Anti-Defamation League