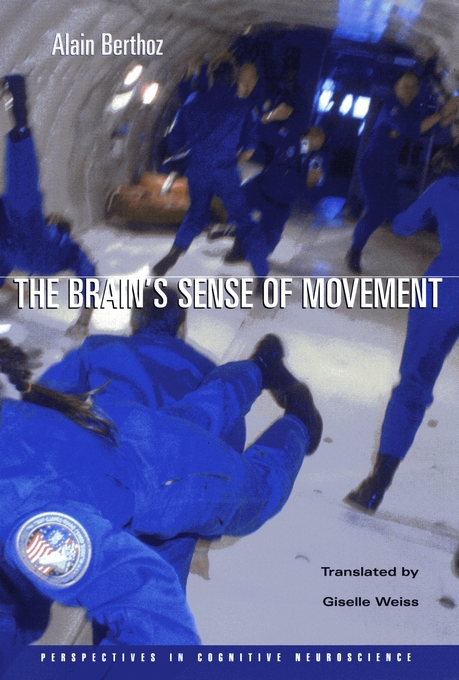 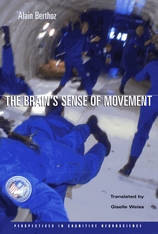 The Brain’s Sense of Movement

The neuroscientist Alain Berthoz experimented on Russian astronauts in space to answer these questions: How does weightlessness affect motion? How are motion and three-dimensional space perceived? In this erudite and witty book, Berthoz describes how human beings on earth perceive and control bodily movement. Reviewing a wealth of research in neurophysiology and experimental psychology, he argues for a rethinking of the traditional separation between action and perception, and for the division of perception into five senses.

In Berthoz’s view, perception and cognition are inherently predictive, functioning to allow us to anticipate the consequences of current or potential actions. The brain acts like a simulator that is constantly inventing models to project onto the changing world, models that are corrected by steady, minute feedback from the world. We move in the direction we are looking, anticipate the trajectory of a falling ball, recover when we stumble, and continually update our own physical position, all thanks to this sense of movement.

This interpretation of perception and action allows Berthoz, in The Brain’s Sense of Movement, to focus on psychological phenomena largely ignored in standard texts: proprioception and kinaesthesis, the mechanisms that maintain balance and coordinate actions, and basic perceptual and memory processes involved in navigation.