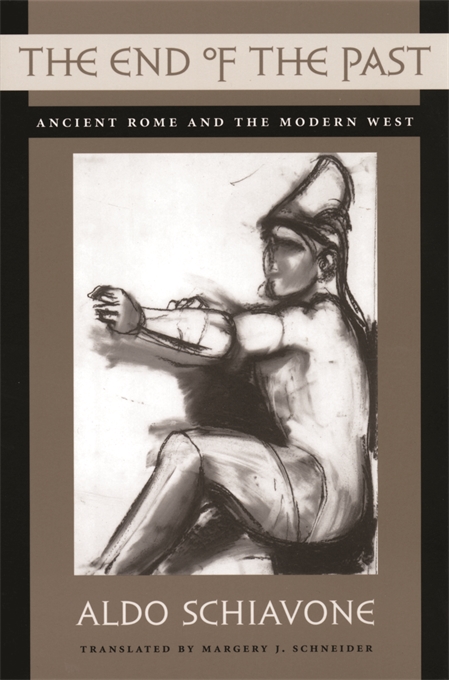 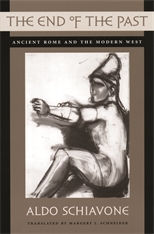 The End of the Past

Ancient Rome and the Modern West

“Why did the Roman Empire decline and fall instead of developing into some version of the world as we know it? This is the question Aldo Schiavone…asks, and answers, in this fascinating book… The association of work with slavery transformed the aristocratic disdain for labor into an inability even to think about improving productivity… The result, Schiavone argues in prose both readable and learned…was an institutional and intellectual gulf between the ancient and modern worlds so deep that it took a catastrophe—the fall of Rome—to pass from one to the other.”—Paul Mattick, The New York Times

“In the middle of the second century A.D., the brilliance of Graeco-Roman civilization and the relative stability provided by the Pax Romana seemed to promise a benign, even glorious, future. With hindsight, we can see the ultimately fatal fissures that lay beneath the surface. In this difficult but often fascinating work, Schiavone examines the extent to which our own civilization is an heir to that glittering age. Did the long decline of the empire, which is generally assumed to have begun late in the second century, result in a permanent rupture in the thread of history? If so, does our cultural heritage own far more to the medieval world than to the classical? This is an important and complicated question, and to appreciate and comprehend Schiavone’s thesis, knowledge of classical history is essential. Readers with the necessary background should find this a stimulating and provocative work.”—Jay Freeman, Booklist