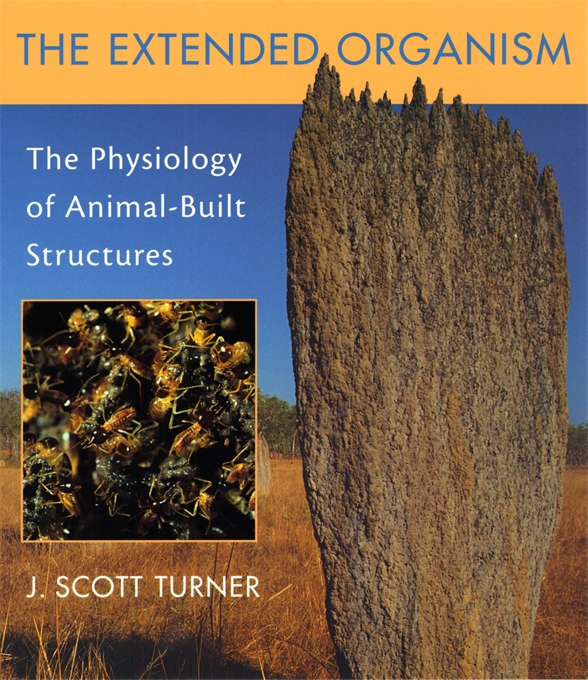 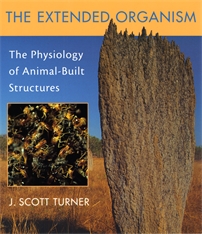 The Physiology of Animal-Built Structures

“With his audacious new book, J. Scott Turner shoots an impressive salvo across the bows of narrow thinking. He…[seeks] to dispense with…the distinction between phenotype and environment… As he painstakingly builds his argument, one progresses from head-scratching to head-nodding. To work this metamorphosis, Turner brings to bear scientific incisiveness, humor, and a prose style that makes scientific minutiae fun to read… [The Extended Organism] stands apart as a remarkably synthetic piece of scholarship.”—Kurt Schwenk, The New York Times Book Review

“With case upon case [Turner] shows how the sharp, traditional line between organism and external world often proves at least a nuisance and how, almost as often, we tacitly ignore it. And he concludes that our outlook on how organisms function would be empowered by drawing a more encompassing line… Few readers of this book will fail to be fascinated by his examples. Turner’s tales of the subtle ways organisms capitalize on the opportunities afforded them by their physical and chemical surroundings provide more than ample reason to read the book.”—Steven Vogel, Nature

“[Turner’s] thesis is that many of the external structures that organisms build represent the same kind of physiological machinery we typically associate with kidneys, lungs and other squishy bits. He demonstrates his view with verve and enthusiasm in fascinating chapters on how organisms manipulate the external environment to their advantage… Stories like this form the heart of this book, presenting a novel set of environmental mysteries and revealing their solutions. But Turner does not merely explain the answers—he dissects them and makes us see why they are the answers. Each chapter is, in fact, a hidden lesson in physiology, biomechanics and environmental chemistry… The Extended Organism can be read and enjoyed without taking a position on the Gaia question. It is a clever dissection of environmental physiology from a persistent and clever teacher. Like most good teachers, Turner manages to slip a huge range of new information into your head along the way—information that helps change your view of organisms in their world.”—Stephen R. Palumbi, American Scientist

“When a gene determines a physical or behavioural characteristic of an animal, there is little doubt that the end result of the gene’s activity is a function of the animal’s genome… But what about structures that animals build? They fulfill the same criteria although they are separated from the individual; but then so are eggs. Is there a fundamental difference between the way that eggs and the nest in which they are laid are encoded in the genome? …[This] concept is elaborated…in this masterful book by J. Scott Turner.”—Dennis Cotton, Biologist

“While surveying the edifices that animals engineer, Turner argues that such structures, though external to the organisms’ bodies, should be regarded as physiological parts of those animals. This argument develops around a functional analysis of how animals build tunnels, mounds, webs, coral reefs, and other such structures and the ways that they work.”—Science News