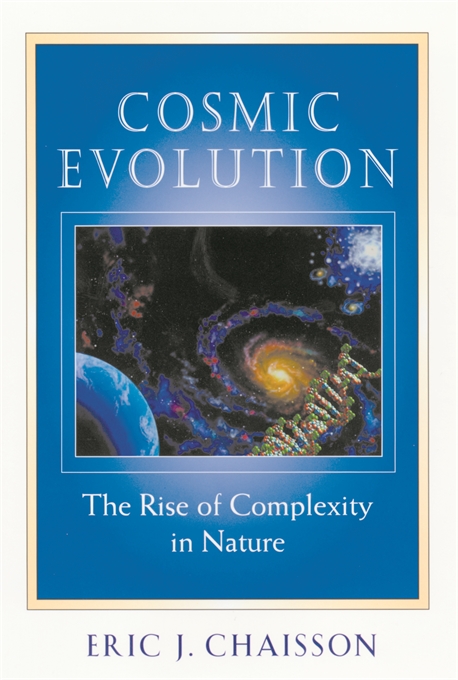 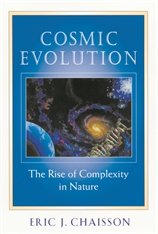 The Rise of Complexity in Nature

“[Chaisson’s] discourse covers a wide range, from the physics of the early Universe to the origin and nature of life, touching on issues such as the ‘anthropic principle’ in cosmology, the thermodynamics of non-equilibrium systems, Darwinian views on the evolution of life seen in the context of present-day molecular biology, and issues of cultural development. Thus, he takes seriously the modern biological synthesis and also places it in its proper physical and cosmological context, emphasizing interesting causal links.”—George Ellis, Nature

“Chaisson’s project—the search for unifying patterns of change across the largest temporal and spatial scales—is a worthy one… [His] theory has the ring of rightness.”—Daniel W. McShea, American Scientist

“Chaisson argues that rising complexity can be explained…by the laws of nonequilibrium thermodynamics, without any need to postulate new kinds of science or mysticism… What is most original about Chaisson’s argument is his proposal of a quantitative way to measure complexity, and to plot the course of cosmic evolution using this measure.”—Chet Raymo, The Boston Globe

“An illuminating book, and one that should appeal to both scientists and general readers… This is a book that will encourage a greater energy flow between astrophysics and bioscience.”—John D. Barrow, New Scientist

“Chaisson’s book provides exciting new testimony to the increasing power of non-equilibrium thermodynamics to change how we see ourselves and the world.”—Lynn Margulis, The Times Higher Education Supplement

“So Chaisson defines life as an ‘open, coherent, space–time structure maintained far from thermodynamic equilibrium by a flow of energy through it.’ …Chaisson’s approach leaves one wondering, perhaps absurdly… In this creative, thought-provoking book, Chaisson shows how difficult even the most basic scientific question can turn out to be.”—Charles Seife, Wilson Quarterly

“Surveys the grand scenario of cosmic evolution by examining natural changes among radiation, matter, and life within the context of big-bang cosmology. Using non-equilibrium thermodynamics and a suite of interdisciplinary arguments, the author follows the changes in energy within numerous well-known structures, including galaxies, stars, planets, and life.”—The Astronomical Society of the Pacific

“Eric Chaisson has written a definitive synthesis of what he calls a golden age of astrophysics and biochemistry. Cosmic Evolution presents a dramatic new world view for the twenty-first century, which provides a potential guide for understanding the nature of all material things. Every scientist, indeed anyone interested in humanity’s future, should read this masterly and unique book.”—Brian Fagan, University of California, Santa Barbara

“Eric Chaisson has thought deeply about the growth of complexity in the universe, as life and intelligence appear to have emerged from chaos. An astronomer whose lucid lectures draw a wide audience, Chaisson here tackles the issue head on, with conclusions that are as fascinating as life itself.”—George Field, Harvard University

“Chaisson conducts an intriguing tour over vast realms of time and space. A lucid and sprightly guide, he brings forth original and provocative observations, while gathering a host of wonders in his cosmic embrace.”—Dudley Herschbach, 1986 Nobel Laureate in Chemistry

“This century ushers in a new unified view of Nature. We can see that the mechanisms of the stars and the structure of bacteria are governed by the same fundamental processes. We can detect the link between the hottest fusion reactions in gamma bursters and the essential metabolic reactions which give rise to and sustain life. Eric Chaisson has long been one of our most passionate and articulate informants about this emerging conception of the cosmos. Cosmic Evolution tells this new story in language anyone can understand.”—Gerald Soffen, Senior Astrobiologist, NASA

“Using the leitmotif of rising complexity and order, Eric Chaisson delivers the epic of creation as understood by modern science, from microsecond zero to the origin of life on Earth. His command of the subject and clarity of exposition are admirable.”—E. O. Wilson

“A fascinatingly synthetic book that unifies evolution from the Big Bang through biology and human culture. Chaisson is at once quantitative and poetic, grounding his work in physics while celebrating intelligence as ‘the animated conduit through which the Universe comes to know itself.’ Cosmic Evolution shows us a universe teeming with the complex products of evolution, including ourselves.”—Richard Wolfson, Professor of Physics, Middlebury College