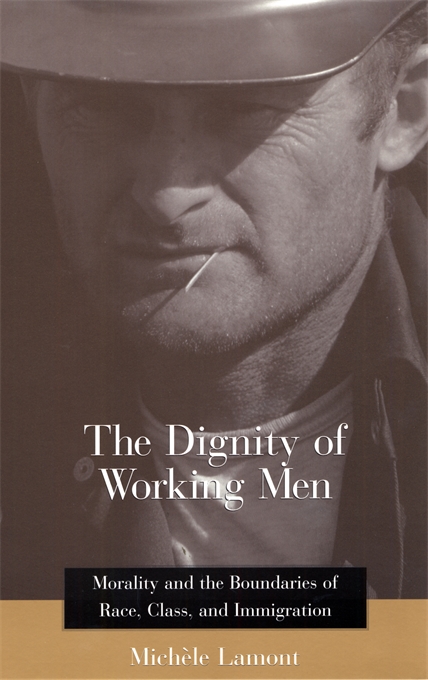 Michèle Lamont takes us into the world inhabited by working-class men—the world as they understand it. Interviewing black and white working-class men who, because they are not college graduates, have limited access to high-paying jobs and other social benefits, she constructs a revealing portrait of how they see themselves and the rest of society.

Morality is at the center of these workers’ worlds. They find their identity and self-worth in their ability to discipline themselves and conduct responsible but caring lives. These moral standards function as an alternative to economic definitions of success, offering them a way to maintain dignity in an out-of-reach American dreamland. But these standards also enable them to draw class boundaries toward the poor and, to a lesser extent, the upper half. Workers also draw rigid racial boundaries, with white workers placing emphasis on the “disciplined self” and blacks on the “caring self.” Whites thereby often construe blacks as morally inferior because they are lazy, while blacks depict whites as domineering, uncaring, and overly disciplined.

This book also opens up a wider perspective by examining American workers in comparison with French workers, who take the poor as “part of us” and are far less critical of blacks than they are of upper-middle-class people and immigrants. By singling out different “moral offenders” in the two societies, workers reveal contrasting definitions of “cultural membership” that help us understand and challenge the forms of inequality found in both societies.