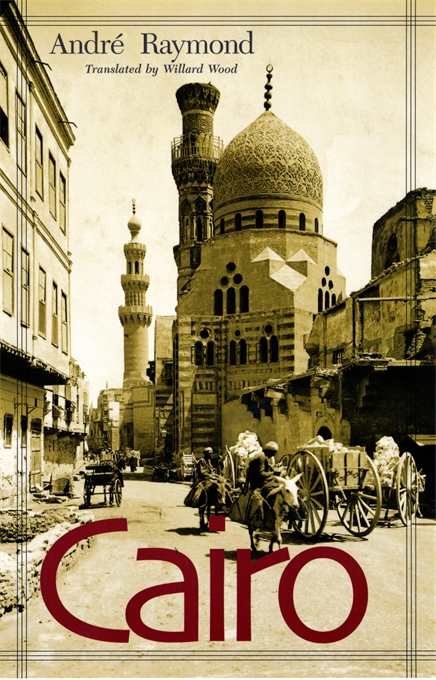 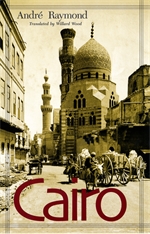 Gaze toward the Nile from the desert hills of Mukattam, and the vast city of Cairo unfolds before you, with its monumental architecture, teeming populace, and thousands of years of rich history. The extraordinary tapestry of Cairo’s past and present comes vividly to life in this magisterial study by André Raymond, arguably the premier social historian of the Arab world. The most deeply observed and historically nuanced account ever given of the greatest Arab city of northern Africa, this book shows us Cairo from the glimmer of its beginnings in the Arab conquest of Egypt in 640 through its transformation into the modern center of Middle Eastern life today.

Here are the Fatimids, the Mamluks, and the Ottomans, the invasions, dynastic changes, and religious conflicts that one after another altered and shaped Cairo’s destiny. And here, alongside rulers and religious leaders, are the merchants and artisans who have given Cairene life its distinctive character over time. Raymond depicts life in Cairo through the centuries, chronicling the coming of European influence, the vagaries of social evolution, and the development of economic structure and urban design. His work reflects all facets of Cairo’s historical and social reality, weaving commerce, politics, religion, and culture into a finely worked portrait of the foremost Arab city on the continent of Africa.

With its splendid illustrations and maps and its meticulous attention to the topography and archaeology of the city, this book will prove as valuable to the serious traveler as to observers of Middle Eastern history and society. It stands as the definitive work on Cairo, unparalleled in scope, depth, and detail.