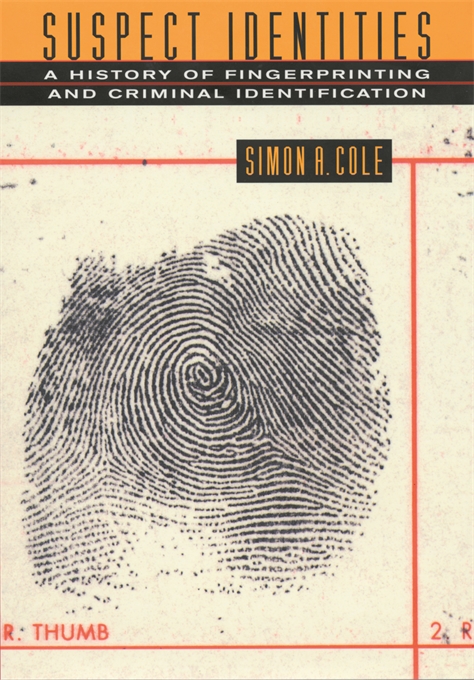 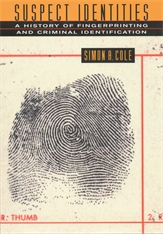 A History of Fingerprinting and Criminal Identification

“No two fingerprints are alike,” or so it goes. For nearly a hundred years fingerprints have represented definitive proof of individual identity in our society. We trust them to tell us who committed a crime, whether a criminal record exists, and how to resolve questions of disputed identity.

But in Suspect Identities, Simon Cole reveals that the history of criminal identification is far murkier than we have been led to believe. Cole traces the modern system of fingerprint identification to the nineteenth-century bureaucratic state, and its desire to track and control increasingly mobile, diverse populations whose race or ethnicity made them suspect in the eyes of authorities. In an intriguing history that traverses the globe, taking us to India, Argentina, France, England, and the United States, Cole excavates the forgotten history of criminal identification—from photography to exotic anthropometric systems based on measuring body parts, from fingerprinting to DNA typing. He reveals how fingerprinting ultimately won the trust of the public and the law only after a long battle against rival identification systems.

As we rush headlong into the era of genetic identification, and as fingerprint errors are being exposed, this history uncovers the fascinating interplay of our elusive individuality, police and state power, and the quest for scientific certainty. Suspect Identities offers a necessary corrective to blind faith in the infallibility of technology, and a compelling look at its role in defining each of us.