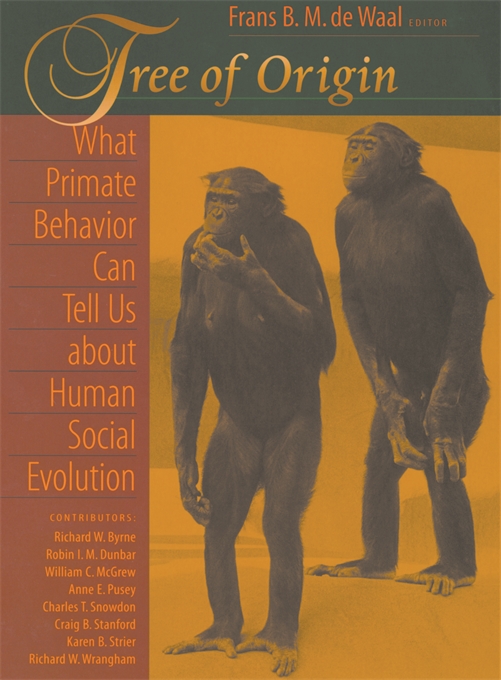 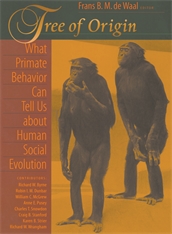 What Primate Behavior Can Tell Us about Human Social Evolution

“[An] enlightening discussion of how scientists’ ideas about human forebears have been shaped—and perhaps led astray—by extrapolations from intensive study of a few primates. Whether you are interested in human origins or in how other animals live their lives, [this book] is a superb synthesis of current thinking and research about our closest nonhuman relatives.”—Susan Okie, The Washington Post Book World

“A fascinating bunch of essays… They re-examine human social evolution from the perspective of naturalistic observations of non-human primates, and then extrapolate to humans.”—Laura Spinney, New Scientist

“Are we so separate from our nearest relatives that studying apes’ behavior has nothing to teach us about ourselves? Or does watching how apes interact socially give us clues about our own evolution? The authors come down solidly on the side of the applicability of primate studies to the study of humans. Growing from a 1997 conference on human evolution, this selection of nine essays by working primatologists include speculations about the origins of human social evolution from the perspective of their studies on other primates… All of the essays are accessible to the general reader.”—Booklist

“The last few decades have seen enormous progress in the study of primate behavior. Nine of the world’s leading experts team up to tell us what it all means, throwing new light on human evolution.”—Jane Goodall

“In Tree of Origin, primatologists speak out about the evolution of human behavior. After decades of hard work—all those hours in the sun, all those days of stomping though forests, all those years of watching monkeys and apes—they have come to provocative conclusions about how the behavior of our closest relatives informs our own lives. This book is the bridge between our past and our present.”—Meredith Small, author of Kids: How Biology and Culture Shape the Way We Raise Our Children

“Human behavior today is so unfathomable and complex that it’s hard to relate it to influences from the remote past. But if you want a source that cogently discusses human intelligence in the context of the behavior of other primates, Tree of Origin is the place to turn.”—Ian Tattersall, Curator, American Museum of Natural History, author of Becoming Human