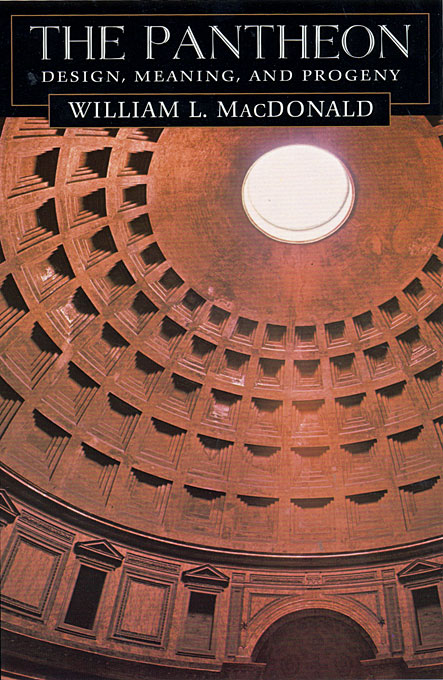 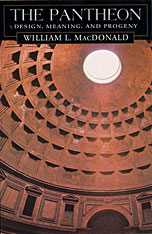 Design, Meaning, and Progeny, With a New Foreword by John Pinto, Second Edition

The Pantheon in Rome is one of the grand architectural statements of all ages. This richly illustrated book isolates the reasons for its extraordinary impact on Western architecture, discussing the Pantheon as a building in its time but also as a building for all time.

William MacDonald traces the history of the structure since its completion and examines its progeny—domed rotundas with temple-fronted porches built from the second century to the twentieth—relating them to the original. He analyzes the Pantheon’s design and the details of its technology and construction, and explores the meaning of the building on the basis of ancient texts, formal symbolism, and architectural analogy. He sees the immense unobstructed interior, with its disk of light that marks the sun’s passage through the day, as an architectural metaphor for the ecumenical pretensions of the Roman Empire.

Past discussions of the Pantheon have tended to center on design and structure. These are but the starting point for Mr. MacDonald, who goes on to show why it ranks—along with Cheops’s pyramid, the Parthenon, Wren’s churches, Mansard’s palaces—as an architectural archetype.