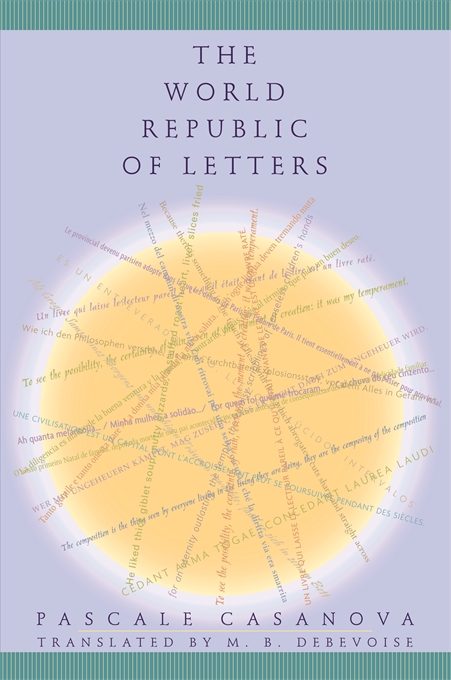 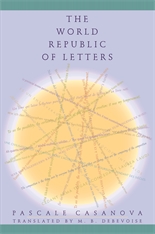 The World Republic of Letters

The “world of letters” has always seemed a matter more of metaphor than of global reality. In this book, Pascale Casanova shows us the state of world literature behind the stylistic refinements—a world of letters relatively independent from economic and political realms, and in which language systems, aesthetic orders, and genres struggle for dominance. Rejecting facile talk of globalization, with its suggestion of a happy literary “melting pot,” Casanova exposes an emerging regime of inequality in the world of letters, where minor languages and literatures are subject to the invisible but implacable violence of their dominant counterparts.

Inspired by the writings of Fernand Braudel and Pierre Bourdieu, this ambitious book develops the first systematic model for understanding the production, circulation, and valuing of literature worldwide. Casanova proposes a baseline from which we might measure the newness and modernity of the world of letters—the literary equivalent of the meridian at Greenwich. She argues for the importance of literary capital and its role in giving value and legitimacy to nations in their incessant struggle for international power. Within her overarching theory, Casanova locates three main periods in the genesis of world literature—Latin, French, and German—and closely examines three towering figures in the world republic of letters—Kafka, Joyce, and Faulkner. Her work provides a rich and surprising view of the political struggles of our modern world—one framed by sites of publication, circulation, translation, and efforts at literary annexation.