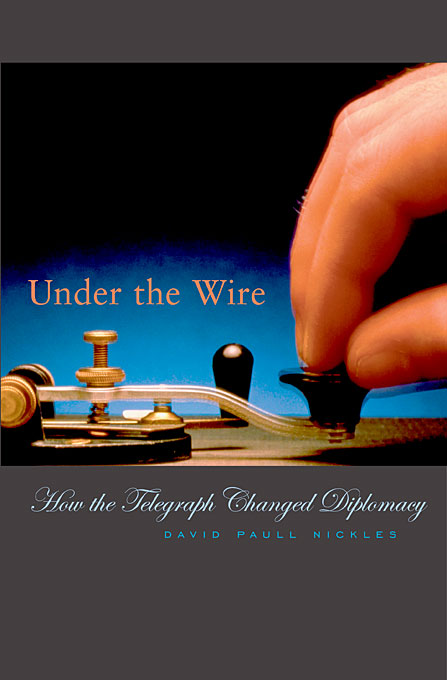 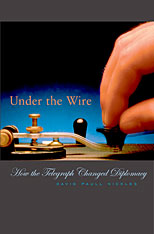 How the Telegraph Changed Diplomacy

How did the telegraph, a new and revolutionary form of communication, affect diplomats, who tended to resist change? In a study based on impressive multinational research, David Paull Nickles examines the critical impact of the telegraph on the diplomacy of the nineteenth and early twentieth centuries.

Case studies in crisis diplomacy—the War of 1812, the Trent affair during the U.S. Civil War, and the famous 1917 Zimmermann telegram—introduce wide-ranging thematic discussions on the autonomy of diplomats; the effects of increased speed on decision making and public opinion; the neglected role of clerks in diplomacy; and the issues of expense, garbled text, espionage, and technophobia that initially made foreign ministries wary of telegraphy. Ultimately, the introduction of the telegraph contributed to the centralization of foreign ministries and the rising importance of signals intelligence. The faster pace of diplomatic disputes invited more emotional decisions by statesmen, while public opinion often exercised a belligerent influence on crises developing over a shorter time period.

Under the Wire offers a fascinating new perspective on the culture of diplomacy and the social history of technology.